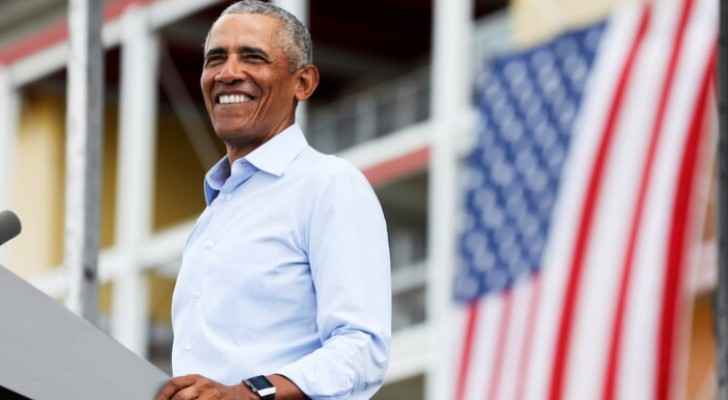 Feb 12, former US President Barack Obama's shoes which were exclusively designed for him by Nike in 2009, are set to go on sale on Sotheby's new e-platform 'Buy Now' for $25,000.

The "President Obama Player Nike Exclusive Hyperdunks" will officially be available for purchase at 4:44 PM, in honor of Obama, who served as the 44th president of the United States.

Notably, this shoe is one of only a couple ever designed, and have never been worn by Obama before. Nike held onto this pair as it is the only official model in flawless condition.

A custom pair of @Nike basketball sneakers designed for former president @BarackObama is set to go on sale at @Sothebys New York for a staggering $25,000 USD. pic.twitter.com/C8lttZECX9

Journalist who threw shoes at George W. Bush runs for ....

Egyptian hijabi athlete set to make history at the New ....