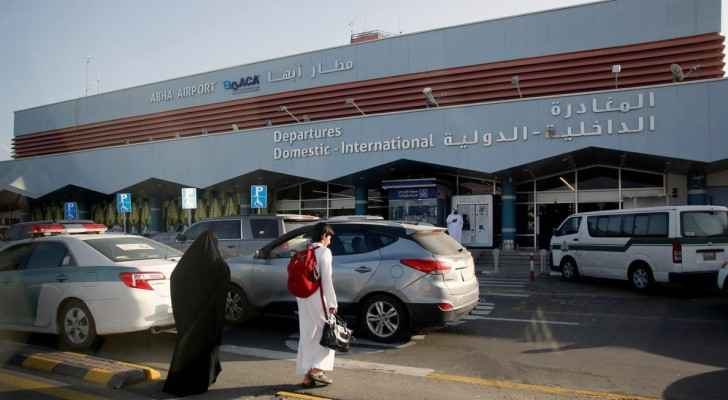 The Houthi rebels in Yemen announced on Wednesday that they launched an attack with four drones on Saudi Arabia's Abha airport, where a civilian plane was lit aflame.

The rebel military spokesman, Yahya Saree, said in a tweet that the air force was targeting the airfields at the Abha International Airport, which is used for military purposes to target the Yemeni people, with four drones.

He explained that "the injury was accurate, thanks to God Almighty," stressing that "this targeting is a response to the continued aerial bombardment and the continuing brutal siege on our country."

"The aggressive Saudi regime ignores all our previous and repeated warnings to use civilian airports for military purposes," he added.

Saudi Arabia is under constant attacks by the Iranian-backed rebels, Saudi Arabia's archenemy, but the missiles and drones launched by the Houthis rarely reach the airspace of the Saudi capital, which is about 700 km from the Yemeni border.

Last January, Saudi forces destroyed a "hostile air target" over Riyadh, but it was not clear who was behind it.

Since 2015, Saudi Arabia has led a military coalition in support of the internationally recognized government, which has been locked in a bloody conflict against the Houthis since 2014, when they took control of the capital, Sanaa, and other areas.

MBS expected to be named in American report on Khashoggi ....

MBS expected to be named in American report on ....

MBS expected to be named in American report on ....

MBS expected to be named in American ....