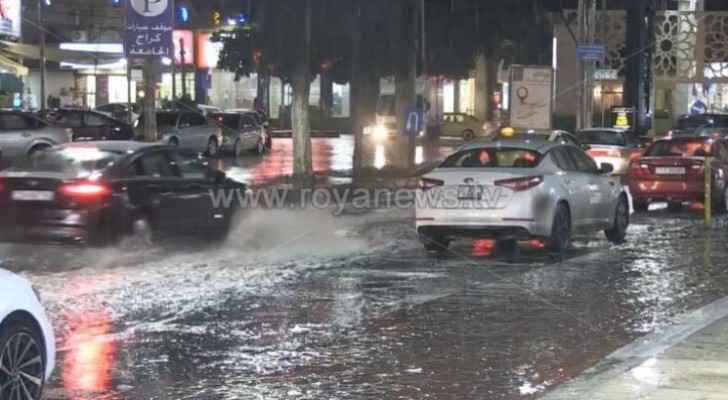 According to ArabiaWeather Tuesday, temperatures in the Kingdom are set to fluctuate above their usual rates by many degrees and for several days, despite the stability and wave of warmth Jordan is exposed to these days.

The Department of Operations Management and Weather Forecasts at ArabiaWeather closely monitored weather maps, noting that a radical change in the weather is expected mid-February.

They added that the most recent weather readings indicate that the Kingdom and the rest of the countries in the Eastern Basin of the Mediterranean are facing 'random' atmospheric activity, which is affected by a series of atmospheric depressions which will begin Feb. 17, accompanied by a significant drop in temperatures and a complete reversal of the atmosphere.

This is as expected as polar winds are set to rush from eastern Europe, therefore affecting the Kingdom with very cold and rainy weather for several days.

Accordingly, the weather is expected to be as follows for the next ten days:

Feb. 10: The weather is expected to be sunny and warm, with temperatures exceeding 20 degrees Celsius in Amman and a number of other cities.

Feb. 11: A drop in temperatures is expected, however, the weather is set to remain relatively sunny and warm, with temperatures ranging between 17 and 19 degrees Celsius in Amman and several other Jordanian cities.

Feb. 12: A slight rise in temperates is expected, with weather being sunny and warm, and the temperatures are expected to range between 20 degrees Celsius.

Feb. 13: There will be a slight drop in temperatures, with temperatures ranging between 17 and 19 degrees Celsius in the capital and a number of cities.

Feb. 14: A significant increase in temperatures is expected with an abundance of sunshine and warmth, and temperatures are set to exceed 22 degrees Celsius in Amman and most regions in Jordan.

Feb. 16 to Feb. 19: Jordan is set to be affected by a series of air depressions. The weather will be classified as cold to very cold, and rainy with a chance of snow over mountainous heights.

ArabiaWeather stated that the chance of snowfall is closer than ever.

Temperatures rise as chances of rain, dust increase in ....

Temperatures rise as chances of rain, ....