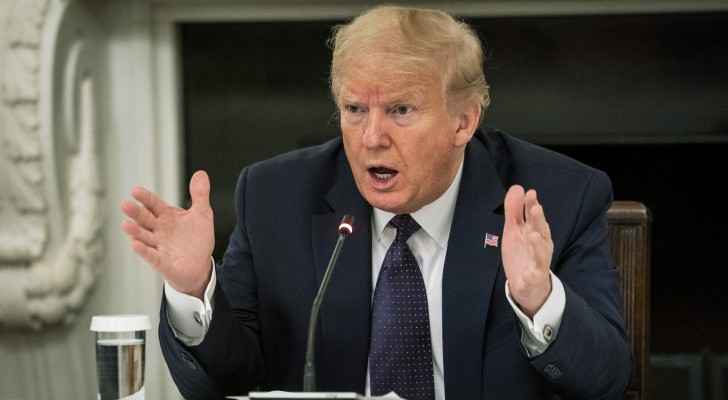 The US Senate Tuesday began the second trial of former President Donald Trump on charges of "inciting" his supporters to attack the Capitol building on Jan. 6.

The historic trial of the former Republican president began with a minute of silence, followed by the start of voting on a resolution detailing the framework of discussions.

In the first trial of its kind against a former president, the 100 members of the Senate will serve the jury.

Trump's legal team Monday condemned the trial, saying it was a violation of the constitution and that it was ‘absurd’ to hold the former president responsible for the violence.

But the Democratic lawmakers who are in charge of the prosecution in Trump's trial considered that the former president had committed "the most serious violation of the constitution" in the 232-year history of the presidency, by inciting his supporters to storm Congress.

The trial is being held while most parts of the Capitol are still closed and under tight security measures a month after the unrest.

And amid continuing fears of attacks by extremists, 6,000 National Guard members are still deployed in Washington, adding to the image of a still tense capital.

The pleadings begin on Wednesday, during which each side receives 16 hours distributed over two days.

Then the senators would ask questions on both sides, and if any party wanted to summon witnesses, the matter would be put to a vote with the necessity to obtain the majority of votes. Trump refused a request sent by Democratic prosecutors to hear his testimony under oath.

Having been charged with "incitement to revolt," he is likely to avoid conviction due to the loyalty he enjoys in the Senate, but his attorneys stated in their documents, which were delivered on the eve of the trial, that the constitution does not give the House of Representatives the power to try a former president.

Nine months after George Floyd's death, trial to begin for ....