Qatar expresses its willingness to help Lebanon, as long as a government is formed 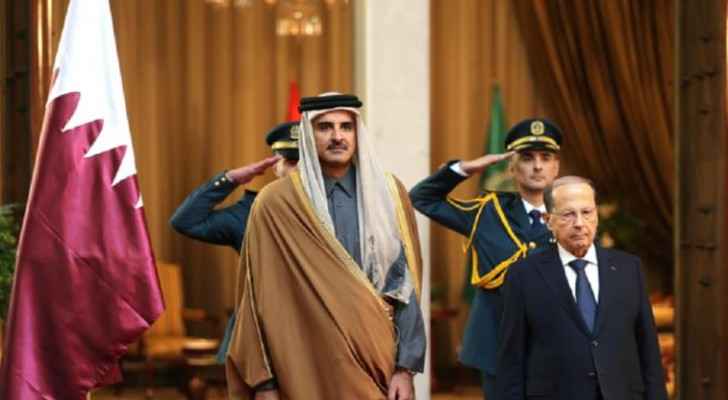 The Qatari official said, in a press conference after his meeting with President Michel Aoun in the presidential palace, that his country "does not provide financial support in its policy but through projects ... it will make a difference in the state's economy."

"This matter requires an independent government to work with," he added, stressing that "once a government is formed, the State of Qatar is ready to study all options."

"We are talking about an integrated economic program to support Lebanon," he explained.

The Qatari official called meetings with several officials, asking the political forces to speed up the formation of the government and "give priority to the national interest," stressing that his visit "comes as a continuation of international efforts."

Lebanon plunged into a cycle of political stalemate after the government resigned following the port explosion on August 4, which killed more than 200 and injured more than 6,500.

Qatar, which enjoys good relations with all parties, has previously played an important role in recent years in converging views between the Lebanese parties.

And following a severe political crisis that culminated in clashes in Beirut on May 7, 2008 between Hezbollah and its allies on the one hand and supporters of the government emanating from the anti-Syrian majority on the other hand, Doha hosted a dialogue conference attended by representatives of the Lebanese parties.

At the time, the Doha Agreement resulted in an agreement to elect Michel Suleiman as president.

However, the Qatari role gradually declined over the past years, especially with the escalation of tension between it and other Gulf countries, led by Saudi Arabia, which Doha had previously accused of destabilizing the region, including Lebanon.

Despite international pressure led by France, the political forces are still unable, since the port explosion, to form a government that will implement reforms required by the international community to help Lebanon. The efforts of the leader of the Future Movement, Saad Hariri, who was tasked on October 22 with the formation of the government, have not yielded any results so far amid political divisions and mutual accusations with the President of the Republic to impose conditions that impede the formation of a government.

French President Emmanuel Macron, who visited Beirut twice after the Beirut explosion, in an attempt to advance authoring and reform efforts, canceled a third visit that was scheduled for the end of the year due to his infection with Covid-19.

Last week, on the anniversary of the six-month anniversary of the explosion, Paris considered it "unacceptable that Lebanon is still without a government to respond to the health and social crisis and to begin implementing the necessary structural reforms for the country's recovery and stability."

Since the summer of 2019, Lebanon has been witnessing its worst economic crisis, which has led to the local currency losing more than 80 percent of its value against the dollar, exacerbating inflation rates and causing tens of thousands to lose their jobs and sources of income.