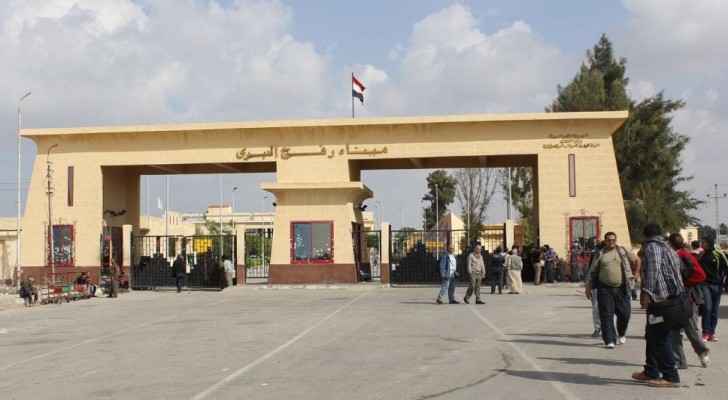 Tuesday, the Egyptian authorities announced the opening of the Rafah border crossing with the Gaza Strip "indefinitely," for the first time in years, while Cairo is hosting talks between Palestinian factions, according to a security official.

"The Egyptian authorities opened the Rafah crossing for an indefinite period for the first time in years," the official told AFP.

"The first bus coming from the Gaza Strip reached the Egyptian side," he explained.

At the Rafah crossing from the Gaza Strip, Ibrahim al-Shanti told AFP, "I have been waiting for six months for the crossing to open, because because of this repeated closure, I lost my first semester at the university."

"This crossing must be open 24 hours without stopping throughout the year, as there are very difficult humanitarian cases," said 50-year-old Yasser Zanoun.

In early February, the Egyptian authorities opened the crossing for four days for humanitarian cases to and from the Gaza Strip.

The Egyptian authorities closed the crossing on Nov. 27, after opening it for three days, during which it allowed 2,696 passengers to leave the Gaza Strip, and 829 people to return to it.

The Egyptian decision coincides with Cairo hosting the Palestinian National Dialogue sessions since Monday, with the participation of 14 factions, led by Fatah and Hamas, over arrangements for organizing Palestinian legislative and presidential elections for the first time in 15 years.

The sessions are scheduled to conclude on Tuesday, and the findings will be announced.

Since 2006, the Israeli Occupation has imposed a blockade on the Hamas-ruled territory. About two million people live in it, of whom the poverty rate exceeds 53 percent.

The Rafah crossing is the only outlet that is not controlled by the Israeli Occupation and connects the besieged and impoverished sector to the outside.

In Gaza, pandemic impedes ability for cancer patients to ....

In Gaza, pandemic impedes ability for ....