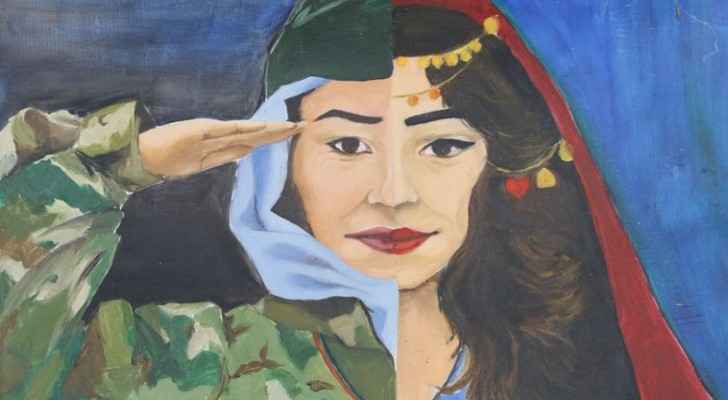 In the past few years, the Kingdom has witnessed a steep escalation in gender-based violence (GBV).

GBV can be defined as intentional acts of violence which are commited against women in the form of sexual harassment, domestic violence, rape, and more.

According to the Secretary General of the Higher Population Council (HPC) Abla Amawi, the Family Protection Department dealt with 1,685 domestic violence cases from March to May 2020, roughly when the pandemic began.

Notably, the Jordanian Women Solidarity Institute (SIGI) ‘Tadamon,' announced that they received more than 800 cases within those three months, which is close to the amount of cases they received during the entirety of 2019.

- The link between violence and COVID-19 -

In 2020, the United Nations Population Fund (UNFPA) in Jordan commissioned an assessment of the impact of the pandemic on Jordan in coordination with Plan International and the Institute for Family Health (IFH) and the Noor Al-Hussein Foundation. One of the main factors the assessment focused on was the impact of COVID-19 on GBV.

The results of the assessment depicted that pandemic closures and restrictions led to an uncontrollable surge in uncertainty, stress, and health and psychological risks for women and young girls alike. According to UNFPA, many of these women and girls already face challenges of gender inequality and discrimination.

Although GBV has become particularly prevalent in Jordan, it has become a global issue which threatens the lives of women. According to the Euro-Med Human Rights Monitor, the most important factors that have led to violence, including GBV include poor economic conditions, a lack of sufficient education, a lack of dialogue between family members and society, and the absence of laws protecting vulnerable groups.

"I see that the main reason behind that, in my personal opinion, is that the law [does not stop individuals from committing the crime] or lessening cases, in addition to the social situations as well [which insinuate] that the idea of women are always subordinate, and it is normal if they get hit, it is okay for her to be patient, she is capable of that," women and children's activist Bana Zeyadeh told Roya.

"Another thing [that facilitates GBV] is the economic situation that currently exists in society as a result of poverty and the coronavirus [pandemic]."

In 2019, the Public Security Directorate (PSD) announced that the total number of reported crimes in Jordan was 26,521, 6,965 of which were cases of violence against women.

The World Bank stated that although Jordan has done well at minimizing the impact of the COVID‐19 pandemic on the physical wellbeing of citizens, Jordan could not avoid lockdowns and closures. This, alongside with the slump in the global economy, trade disruptions, and the suspension and slowdown of travel had a substantial impact on the Jordanian economy.

They added that the repercussions of the pandemic "exacerbated existing structural weaknesses in the economy and unresolved social challenges and put pressure on the country’s fragile macroeconomic stance."

Out of the 6,965 cases of violence against women, only 810 of them were able to receive protection and aid from shelters belonging to the Ministry of Social Development.

According to Zeyadeh, these shelters restrict women from their freedoms instead of protecting them using “prison-like” treatment and not allowing them to leave the premises.

“Why must they punish the women and not the perpetrators?”

The aforementioned number of cases only constitutes a partial reality as they are only the reported cases.

According to Zeyadeh, "sometimes the abused woman is trapped at home. She cannot complain. She has no telephone. Even if she has a telephone, when she complains, she faces challenges during the process."

The Euro-Med Human Rights Monitor also stated that national helplines dedicated to women's aid do not operate on a 24-hour-basis, which further reduces the possibility for women to report violence.

Zeyadeh also noted that there are severe information asymmetries, as not all women or girls are educated or aware of the procedures behind reporting GBV vases.

"Why does a woman...Or why don’t we have accurate stats anyhow on the rates of violence against women and children at home? This brings us back to more than one aspect. [The first aspect] being the social one. It is shameful for [a woman] to complain," said Zeyadeh.

The National Survey released by the Ministry of Social Development shows statistics and rates of violence, particularly against women.

In 2014, the ministry launched a communication strategy to address GBV in the Kingdom, with its main purpose being to work on prevention of violence, particularly against women and girls.

- How accurate is their information? -

Shortcomings are highlighted in the survey as a massive bracket of women are completely disregarded.

The survey does not measure any violence against young or unmarried girls or women aged 15 and over, married women aged 50 years and over, and women over 50 who have previously been married.

In other words, there are well over one million women who are excluded from the survey.

- What protects women? A legal background -

There are several laws that seem to protect women in Jordan. These include:

"I would like to demand for the abolishment of the waiving of personal rights of victims in cases of violence and domestic murders," Zeyadeh said.

The waiving of personal rights leads to lessening of the crime sentencing in a very apparent and bold manner. Those who can provide inheritance to victims- usually the parents- can waive personal rights of victims.

"We demand that in cases of domestic violence and murders, the waiving of personal rights should not be permitted in order to receive a lesser violation sentence," said the activist, noting that it is the societal norm for parents to waive these rights.