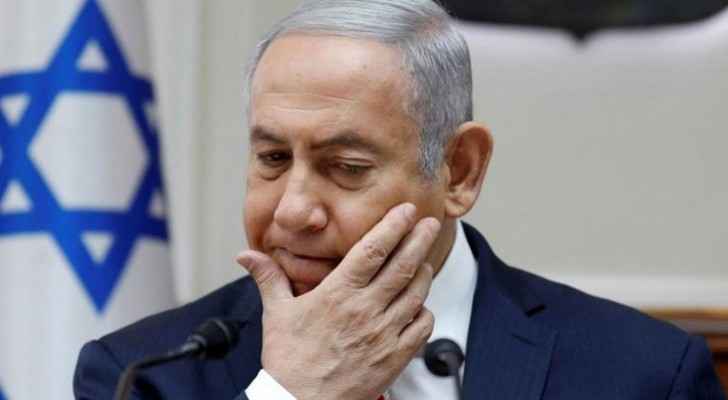 Sunday, the Israeli Occupation courts will resume the trial of Prime Minister Benjamin Netanyahu in corruption cases, according to the Palestinian Ma'an News Agency.

Israeli Occupation courts had postponed Netanyahu's trial to Feb. 8, due to the restrictions imposed by the government after the outbreak of COVID-19.

Netanyahu is facing charges related to the case known as "Case 4000," which includes charges of bribery, fraud and breaches of trust.

Previously, Netanyahu denied any malpractice or misdoing, claiming he is a victim of a "witch hunt."

Case 4,000 concerns what the attorney general called a "reciprocal arrangement" created between Netanyahu and Shaul Elovitch, the controlling shareholder in the Israeli Occupation's biggest telecommunications company 'Bezeq,' which owns the news site 'Walla.'

According to the BBC, under the arrangement, Elovitch and his wife, "exerted substantial and continuing pressure" on Walla's director-general, forcing him to change its coverage in line with various demands made by Netanyahu.

In return, the director-general claimed that the PM "used his powers and authorities as a public servant to promote matters in accordance with Elovitch's wishes" concerning Bezeq.

He added that on several occasions, Netanyahu dealt with regulatory matters pertaining to Elovitch, and took a series of specific actions which promoted Elvitch's business interests for the purposes of financial gain.

The attorney general charged Elovitch and his wife with bribery, obstruction of justice and suborning a witness in connection with an investigation.

All have denied any wrongdoing. Notably, Netanyahu's family members are not suspects in the case.

Netanyahu insisted he received no gain from Elovitch and that Walla's coverage of him has always been "negative."