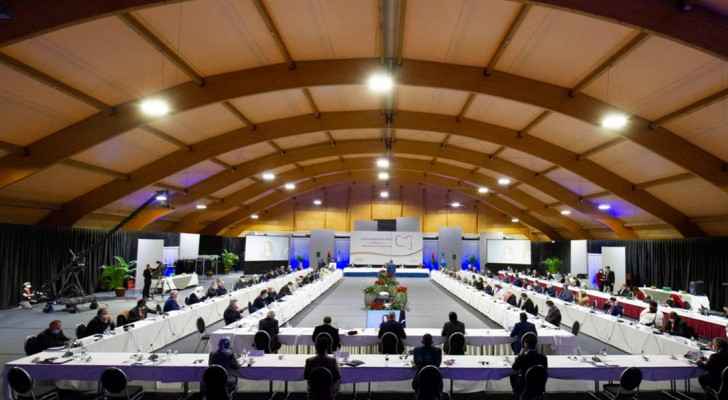 Abdel Hamid Muhammad Dabaiba was unexpectedly elected as the transitional prime minister in Libya by the participants in the dialogue between the Libyan parties in Switzerland under the auspices of the United Nations, in preparation for the elections scheduled for December.

After five days of meetings, Fathi Bashagha, the powerful interior minister in the Government of National Accord, was among the most likely to win the prime minister post.

But Abdul Hamid Dabaiba won 39 votes out of 73. This engineer, who is from Misrata and founder of the Libya Future Movement, held a prominent position under Muammar Gaddafi's regime, as he headed the Libyan Investment and Development Company.

Muhammad Yunus Al-Manfi won the presidency of the Presidency Council, according to the UN envoy to Libya, Acting Stephanie Williams, at the end of the vote counting process that was transmitted by the United Nations directly over the air.

The United Nations says it will entrust the future transitional council with the task of "reunifying state institutions and ensuring security" until the elections scheduled for December.

- Formation of the government within 21 days -

"The prime minister-designate, within a period not exceeding 21 days, must form his government and present his work program (...) to the House of Representatives for full approval," said Williams.

After that, he will have another 21 days to win the confidence of Parliament. The UN envoy pointed out that if he fails to do so, it will be up to the participants in the Libyan dialogue to decide on the matter.

And 75 participants in the Libyan political dialogue gathered this week at a place on the outskirts of Geneva not discovered by the United Nations, to vote on choosing the transitional council. The first round of voting was held on Tuesday, but none of the candidates received a majority of 70 percent of the vote, and the second round was organized on Friday in the form of lists this time.

"You have overcome your differences and challenges ... for the sake of your country and the Libyan people," said Williams.

Although this choice constitutes a step forward, the new prime minister will now have to quickly assert his legitimacy as many political players distance themselves from the Geneva talks.

In 2015-2016, the head of the Government of National Accord, Fayez al-Sarraj, who was appointed as a result of a previous UN operation, spent several months before being able to reach Tripoli by sea from Tunisia, due to a lack of control over the air.

Although he gradually managed to gradually annex many militias, especially in the capital, Al-Sarraj was never able to gain the confidence of the elected parliament, so that his authority was recognized by all the political and military forces in the country.

Williams called on the participants in the Libyan dialogue to commit to "accepting the result of the vote."

On Friday, Williams stressed that candidates must pledge that women will make up "at least 30 percent" in leadership positions in the new government.

Libya has been in a state of chaos since the fall of the regime of Muammar Gaddafi, following a popular uprising in 2011.

Two ruling powers are in conflict in Libya: in the west, the Government of National Accord headed by Fayez al-Sarraj, which is based in Tripoli and recognized by the United Nations and supported by Turkey, and an authority led by Field Marshal Khalifa Haftar, the strongman in the east of the country, backed by Russia and the UAE in particular.

After the failure of an attack launched by Haftar's forces in April 2019 to control Tripoli, the two parties to the conflict reached an agreement on a permanent truce last October and resumed political dialogue with the support of the United Nations.

The Libyan Dialogue was launched in Tunisia in mid-November 2020.

In mid-November the participants agreed to organize "national" elections on December 24, 2021.

On Thursday, the UN Security Council requested UN Secretary-General Antonio Guterres to deploy a first group of observers to oversee the implementation of the ceasefire in Libya.

And Williams indicated Friday that "the new unified government must support and fully implement the ceasefire agreement. This will require bold and decisive action by the new government (...), including the withdrawal of all foreign forces and mercenaries."

It also called on the new government to "launch a comprehensive process of national reconciliation based on the principles of transitional justice" and "to strengthen the culture of forgiveness and tolerance in parallel with the search for truth and reforms."

Jordanian doctor dies in Libya due to stroke and COVID-19

Jordanian doctor dies in Libya due to stroke and ....

Jordanian doctor dies in Libya due to stroke ....

Jordanian doctor dies in Libya due to ....