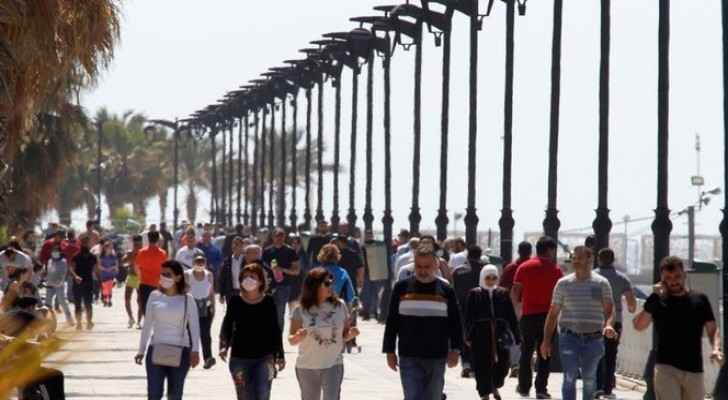 Lebanon went into full lockdown in mid-January after witnessing record case numbers after the holiday season, during which clubs and performance venues largely remained open. During this time period, hospitalization rates exploded, with citizens reporting no open beds in any Beirut hospitals for COVID-19 patients or those suffering from other diseases.

The lockdown was one of the toughtest Lebanon has seen yet, with groccery stores operating on a delivery-only basis.

The PM warned that Monday "would not be a normal day," as not all measures will ease. It was not immediately clear what sectors will remain closed, but it was noted that supermarkets and bakeries will be able to fully re-open.

The country was rocked by deadly protests in recent weeks, particularly in the northern population center of Tripoli. Many protested against Lebanon's closures in the wake of a crippling economic crisis that had left many jobless and hungry.

In Jordan, Minister of Health Nathir previously stated that sectors should only open if the positivity rate was below five percent.

Ninety percent of Lebanon's hospitals are operating at capacity.

Lebanon raises the price of subsidized bread amid stifling ....

Lebanon raises the price of subsidized ....