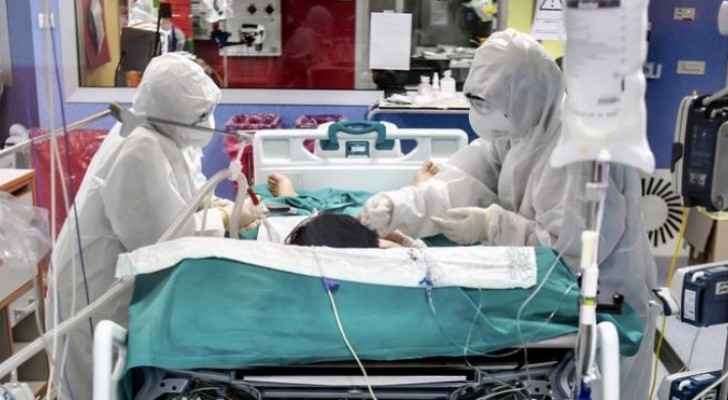 Friday, Doctors warned that being infected with the coronavirus twice is common, adding that those infected can suffer from two completely separate episodes of the disease within only four months.

The warning comes after evidence in a BMJ Case Report, a journal publishing case reports in all medical disciplines, emerged of a man who contracted the virus twice in four months, without symptoms, without symptoms the second time, and a series of negative PCR tests.

Doctors remained unclear until now whether the second infection was a continuation of the initial one, or a re-infection.

However, doctors indicated that if individuals are re-infected, then the first acute COVID-19 infection may be followed by milder symptoms the second time.

It is worth noting that very few cases of the virus have been reported twice, according to British Sky News.

Previous studies have indicated the possibility of re-infection, however, they tend to indicate that people generally develop immunity for over four months.

On the other hand, the authors of the report said: "With the development of the COVID-19 pandemic, emerging reports have shown that re-infection with the new coronavirus is possible."

They stressed the importance of further studies, noting that it is certain that future observations will shed more light on this, if this hypothesis is proven correct.

The experts pointed out that "the role of the presence or absence of antibodies after the initial infection in survivors of infection with the virus has not been determined, or its role in reducing the risk of re-infection with COVID-19." They added however, that it is reasonable that this 'failure' in immunity or the absence of the antibodies  after the first infection may make a person more likely to be infected once more.

In the BMJ case study, a man in his forties was hospitalized with a mild infection from COVID-19, four months after a severe initial episode of the disease in April 2020.

The patient had type two diabetes, in addition to an underactive thyroid gland, and suffered from obesity, which are known risk factors for severe infections.

When he was infected for the first time, he was hospitalized with breathing difficulties and severe wheezing caused by disrupted air flow to the lungs.

He suffered respiratory failure and required mechanical ventilation in addition to blood thinners, and countless medications to treat infection symptoms.

During his two-month stay in the hospital, he developed a host of serious complications before his condition was stabilized and he was transferred to the intensive care facility for rehabilitation.

In Aug. 2020, he tested positive for the coronavirus once more, after four negative tests during the previous three months, and he remained in the hospital for only one day.

He was transferred to a hospital again two weeks later, and stayed there for another week.

Worshippers head to mosques on foot in first Friday ....

Worshippers head to mosques on foot in first ....

Worshippers head to mosques on foot in first ....

Worshippers head to mosques on foot in ....