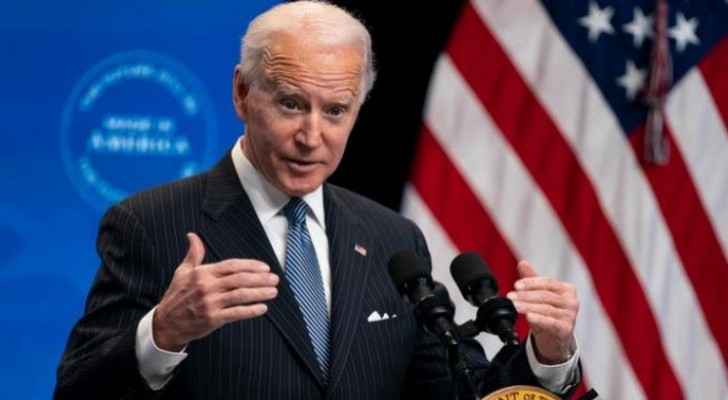 Thursday during a speech at the State Department, US President Joe Biden expressed his intention to double the number of immigrants received by the United States annually by eight times (125,000), compared to the lowest historical level imposed by former US President Donald Trump at the end of his term.

Notably, the US has stood as the global leader in accepting refugees for permanent resettlement (3.4 million people since the end of the Vietnam War).

He said, "We are facing a crisis of more than 80 million displaced people suffering all over the world."

From 2004 and 2016 (the year of Trump’s election), the US resettled an annual average of around 63,000 people. However, in 2019, it only resettled 11,800 people as a part of a downward progression under the Trump administration, according to the LA Times.

Notably, the Trump administration reduced the resettlement cap to 15,000 refugees in the current fiscal year.

This historically lowest aforementioned figure was announced by Trump a month before the November presidential elections, which he lost. Trump highlighted anti-immigration to be of the most prominent features of his presidency.

Biden reiterated his pledge to reverse Trump's policies and raise the yearly refugee resettlement cap to at least 125,000 people, the highest since 1993, beating both Trump and former President Barack Obama.

The United States received an average of 100,000 refugees annually during Barack Obama's presidency.

This resettlement program is concerned with refugees selected by the national security agencies and US intelligence from United Nations (UN) camps around the world, who are resettled in the United States.

Biden said, "We are keen to promote the rights of these people by combating criminalization and protecting refugees and asylum seekers."

He added, "We have provided a safe haven for people fleeing violence and persecution, and that has pushed other countries to open their doors wide" before them.

The US used to receive more refugees than the rest of the countries combined, but Canada overtook it in 2019 by receiving 30,000 immigrants, according to UN figures.

He said in a statement, "The US president's action will save lives. The matter is that simple."

He continued: "This also shows that power is rooted in mercy," at a time when the United Nations says that the number of refugees received around the world is at its lowest level in twenty years, despite the record level of forced displacement, and this is due in large part to the COVID-19 pandemic."