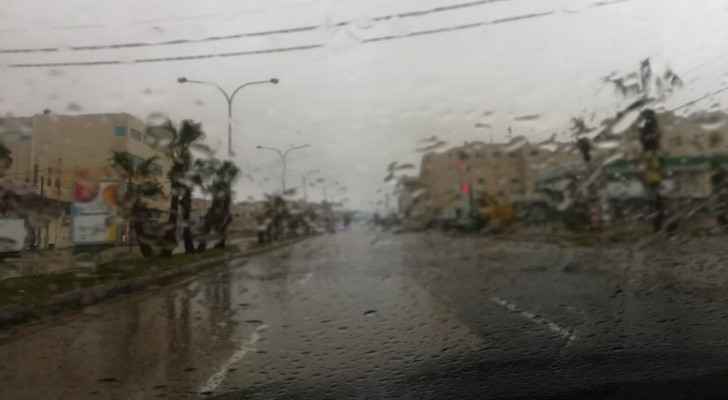 Friday, the Kingdom continues to be affected by the state of air instability, which is concentrated in the south of the country, where temperatures are around their usual rates for this time of year. The weather is relatively cold with showers of rain at intervals, especially in the south of Jordan, including the city of Aqaba.

Rains may be heavy at times and accompanied by thunder and showers of hail.

Additionally, scattered showers of rain are possible in other regions of the Kingdom.

The winds will be northwesterly, and moderate to brisk at times.

At night, Jordan will continue to witness cold and wet weather with northwesterly moderate winds.

Individuals are urged to remain attentive due to the formation of floods and rises in water levels.