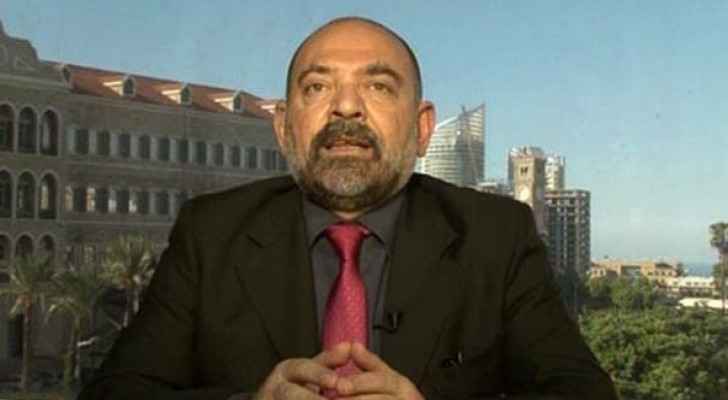 Lebanese political and social activist Luqman Salim, known for his criticism of Hezbollah, was found shot dead Thursday in the south of the country, a security source told AFP.

Salim is a researcher and human rights defender who is committed to cultural and political awareness on issues of citizenship and freedoms.

The security source said that Salim was found "killed by gunfire in the head in his car in Al-Adousiya" in southern Lebanon.

The family of the activist and the political researcher reported his disappearance on Wednesday evening, indicating that he had left a southern village and was supposed to return to Beirut.

A forensic doctor went to the scene and found four "empty cases" of bullets used in the crime. The source explained that the car was found "on a secondary road in Al-Adousiya" in Al-Zahrani district.

The security authorities have not yet been able to determine the circumstances of the crime.

Salim, 58, was running the UMM Center for Research and Documentation in part of his home in Haret Hreik in the southern suburbs of Beirut, a Hezbollah stronghold.

Luqman belongs to the Shiite community, but he strongly rejects sectarianism and considers it one of Lebanon's biggest problems.

In an interview with a local channel, Lebanese Interior Minister Mohamed Fahmy condemned "a horrific and condemned crime."

The United Nations Special Coordinator in Lebanon, Jan Kubisch, expressed his sadness at the "tragic loss of Luqman Slim," describing him as a "respectable activist" and "an independent and honest voice."

He called on the authorities to "promptly and transparently" investigate the assassination, stressing the need not to resemble what is happening in the ongoing investigation into the Beirut Port explosion on August 4, which has not resulted in anything so far.

"People have to know the truth," Kubis added.

Luqman Salim took great care in documenting the memory of the civil war (1975-1990). He was recently working on a project to archive Syrian war diaries.

In the early 1990s, he founded the "Dar Al Jadid" publishing house. He and his German wife, Monica Burgmann, produced two documentaries, one documenting the Sabra and Shatila massacre during the civil war in Lebanon, and the second about Palmyra prison in Syria, where Lebanese prisoners were tortured.

Lokman Slim previously talked about threats he was exposed to.

In December 2019, a number of people gathered in front of his house in Haret Hreik, chanting slogans of betrayal, and affixed slogans on the walls of the house that read "Luqman Salim, the Traitor and the Agent," "Hezbollah is the honor of the nation," and "Glory to the silencer."

Subsequently, Salim published a statement accusing those he called "the bats of darkness" of doing so. He held Hezbollah Secretary-General Hassan Nasrallah and his ally Parliament Speaker Nabih Berri responsible for what happened and "what might happen" against him and his family and his home.

Hezbollah supporters accuse Salim of being close to the United States and working for it in Lebanon.

On Twitter, Leila Saab wrote, "Your bullets will not intimidate opinion, and a free speech. The tone will remain high."

Ambassadors to Lebanon call for end to impunity at ....

Ambassadors to Lebanon call for end to impunity ....

Ambassadors to Lebanon call for end to impunity ....

Ambassadors to Lebanon call for end to ....