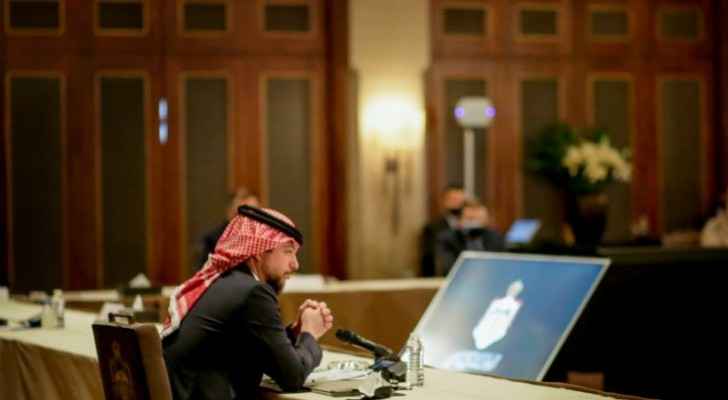 In implementation of the directives of His Majesty King Abdullah II, , His Highness Crown Prince Al-Hussein bin Abdullah II Wednesday, chaired a meeting in Al-Husseiniya Palace, to follow up the progress of the preparations made to a program dedicated to supporting retired military personnel and veterans.

His Highness  affirmed His Majesty's keenness and interest in supporting the retired military comrades in arms, in appreciation of their dedication and sacrifice in defending the homeland.

His Highness stressed the need to finalize the program, in order to submit it to His Majesty soon, noting the importance of military retirees benefitting from the support programs.

Also Read: 'I am proud to be part of a great people who do not know the impossible': King Abdullah II

King Abdullah II congratulates Raisi on his victory in ....