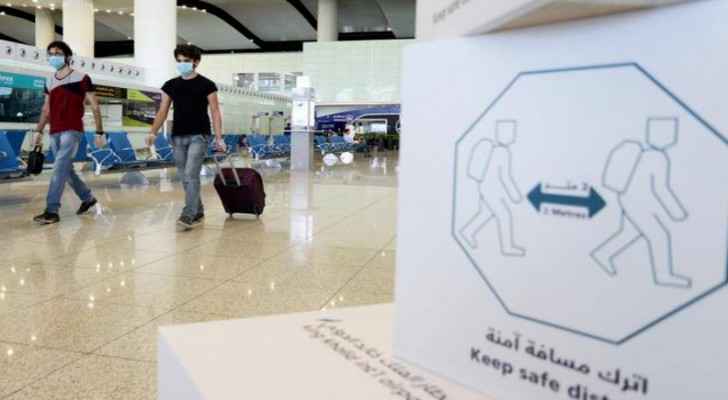 Tuesday, Saudi Arabia temporarily banned arriving travelers from 20 countries in an attempt to curb the accelerating spread of the coronavirus.

The ban includes travelers who have transited through the banned countries in the last 14 days.

The decision excludes citizens, diplomats and health-care staff members "according to the precautionary measures determined by the Ministry of Health."

The decision comes after the Saudi Minister of Health Tawfiq Al-Rabiah warned Sunday of the possibility of imposing new restrictions to contain the coronavirus in light of the high number of infections.

Saudi Arabia has recorded more than 368,000 cases of COVID-19 and about 6,400 deaths, which is the largest number among the Gulf countries.

The daily rate of cases decreased in January to less than 100, after it reached its peak in June with about 5,000 cases per day.

But since early January, the daily death toll has increased threefold.

Saudi Arabia launched a vaccination campaign against the coronavirus Dec. 17, after it received the first batch of doses of the Pfizer/ BioNTech vaccine.

The Ministry of Health announced that the vaccination campaign will consist of three phases, starting with the elderly over the age of 65, those suffering from chronic diseases, and those who are most at risk of infection.

But the ministry announced last month that it had to slow down the vaccination campaign due to the delay in delivering the vaccine doses.