Countries must intensify efforts to repatriate citizens from Syria: Save the Children 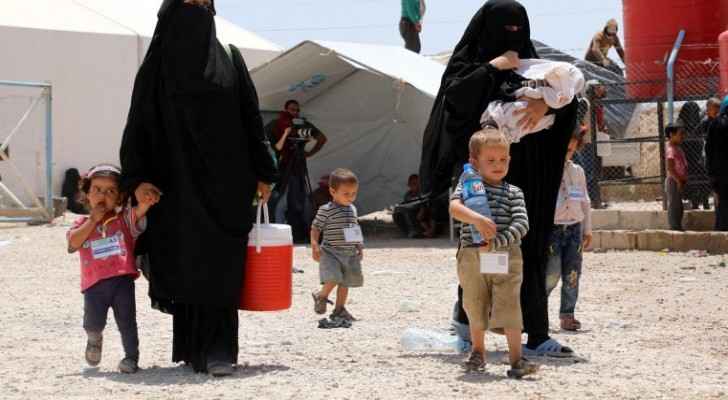 Monday, Save the Children called on Iraq and Western countries to intensify their efforts to repatriate their citizens who are staying in refugee camps in Syria, especially children.

Tens of thousands of foreigners, including Iraqis, are staying in camps in Kurdish-controlled northeastern Syria after they fled the battles that led to the overthrow of the Islamic State's "caliphate" in 2019. There are children among them.

Save the Children said in a statement that "about 27,500 children are still waiting for their return" with their families.

"Amidst rapidly deteriorating living conditions (...), the organization calls on all countries that have citizens in the camps to intensify their efforts for their return, with a special urgency for medical cases," she added, noting that the COVID-19 pandemic has slowed down the returns.

She explained that only 200 children who were stuck in northeastern Syria returned to their mother countries in 2020, compared to 685 in 2019.

In January, the United Nations warned of the deteriorating security situation in the crowded al-Hol refugee camp, pointing to the killing of 12 Syrians and Iraqis in the first two weeks of this year.

Some of the refugees in the camps are accused of having links with to Daesh, which attracted foreigners in its ranks and took control of large areas of Iraq and Syria starting in 2014.

Kurdish authorities criticized Baghdad for not moving to return its citizens.