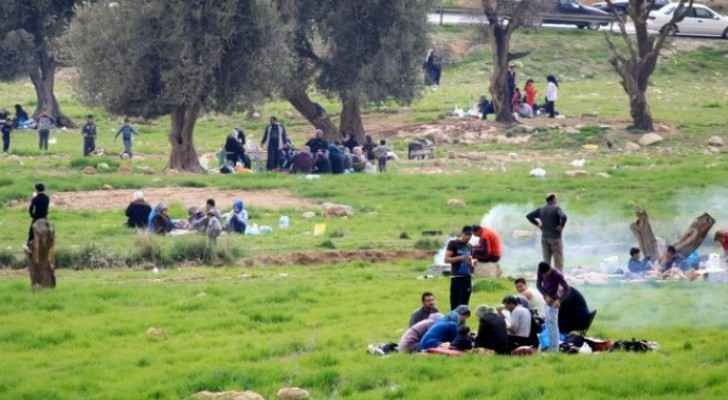 Tuesday, the weather is expected to rise three to four degrees above their annual average, bringing moderate weather conditions in most parts of the Kingdom. However, it will be warmer in the Jordan Valley, the Dead Sea and Aqaba, the Jordan Meteorological Department JMD announced.

A further rise in temperatures is expected Wednesday, as moderate weather conditions will continue to persist in most regions, the JMD added.

However, on Thursday the Kingdom will be affected by unstable weather conditions, as temperatures will drop few degrees, bringing back cold and partly cloudy weather with spotty showers across Jordan.

Rainfall is expected to be heavier with thunder, hail and lightning at times, causing flash floods in valleys and low-lying areas, including Aqaba.