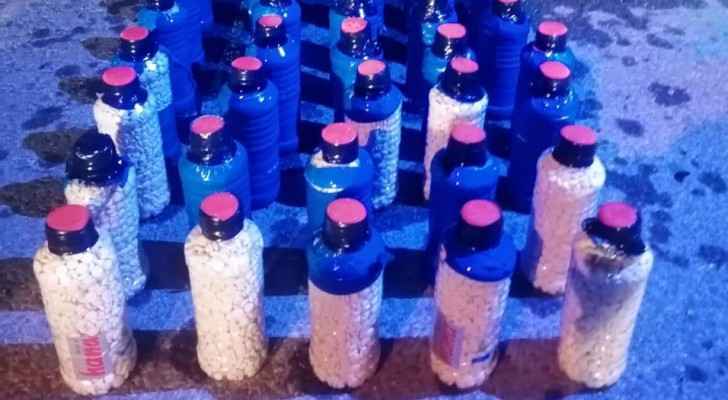 Monday, the Anti-Narcotics Department (AND) at the Public Security Directorate (PSD) foiled an attempt to smuggle 125,000 narcotic pills in water bottles, according to an official.

In a statement, the AND said a person anonymously reported that an unidentified individual was planning to smuggle large quantities of illegal substances into a neighboring country.

After identifying the suspect, police officers caught the man at the border crossing. All pills were seized and legal action will be taken against the person arrested.