JFDA, IOI seize tons of shisha molasses which was discarded

JFDA, IOI seize tons of shisha molasses which was discarded 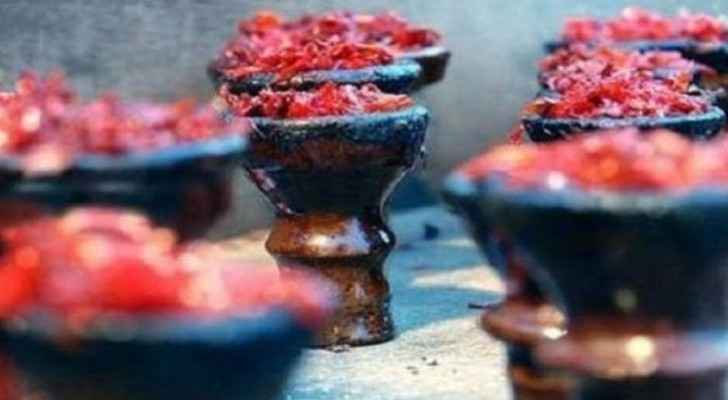 Sunday, the General Director of the Jordan Food and Drug Administration (JFDA) Nizar Muhaidat said that the JFDA, in coordination with the Operations Unit at the Integrity and Anti-Corruption Commission (IOI), seized shisha molasses which was in the process of being repurposed for selling, after it was discovered that it was discarded in a Madaba landfill.

Muhaidat added that the necessary investigations were conducted and the case file was referred to the Public Integrity and Anti-Corruption Prosecutor.

Muhaidat added that the JFDA performs its supervisory and regulatory role on tobacco, its products, production inputs and requirements to ensure that they comply with international standards, Jordanian specifications and standards for these materials.

In an interview with the Petra News Agency Sunday, Muhaidat stated that the JFDA has licensed 184 facilities for displaying, selling, trading and storing electronic smoking devices, electronic smoking liquid and heated tobacco in all regions of the Kingdom.

Muhaidat pointed out that the tobacco unit in the administration is considered one of the most important units that have been developed in the JFDA. The unit was established based on a decision of the Council of Ministers, in addition to a directive to provide specialized laboratories and the necessary technical and infrastructure for them.

Banning smoking in public places is a top priority: Hawari

Banning smoking in public places is a top ....

Banning smoking in public places is a top ....

Banning smoking in public places is a ....