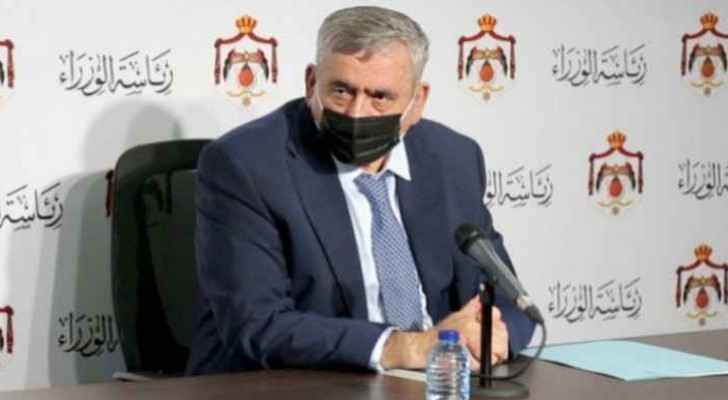 Sunday, the government held a press conference headed by the Minister of State for Media Affairs Ali Al-Ayed, and the Minister of Health Nathir Obeidat to discuss the developments of the pandemic in the Kingdom.

Ayed announced that during the past three days, the Kingdom has witnessed an increase in the rate of positive PCR tests, noting that many countries in the region have witnessed increases in infection rates as well.

"This calls for caution," he said.

On Jan. 13, the government announced the gradual reopening of sectors in the Kingdom in light of a decrease in COVID-19 cases and deaths. The Friday lockdown was abolished on the same day, marking the first phase of the reopening.

The second phase of the reopening, which includes gyms and other sports centers, begins Monday.

Also Read: Curfew hours to remain in place, will include Fridays: Al-Ayed

Ayed stressed that the continuation of reopening sectors must be accompanied by a greater level of commitment to preventive measures.

"Wearing masks, physical distancing, not holding gatherings, and sanitization, besides receiving a vaccination, is the only way to avoid any relapse, and to ensure continued control of the pandemic situation," said Ayed.

According to Obeidat, the level of commitment in facilities that have reopened is "uncomfortable."

"We hope everyone will abide."

Obeidat noted that Jordan has a total of over 350 confirmed cases of the mutated COVID-19 infections which first emerged in Britain, adding that the most prominent cases of the new strain are concentrated in the Amman.

He also announced that the second batch of the Pfizer-BioNTech vaccine will arrive in the Kingdom mid-February.

Ayed added that the COVAX coalition will provide the Kingdom with additional vaccines in the coming weeks. Jan. 25, Obeidat announced that a total of 41,000 doses of different vaccines from the WHO's COVAX Coalition will arrive in Jordan this week.

Obeidat announced that around 40,000 citizens have received the vaccine, and will start receiving second doses this week.

Also Read: 41,000 doses of different vaccines from WHO's COVAX Coalition to arrive in Jordan this week: Obeidat

In regards to reopening schools, Obeidat indicated that the pandemic situation will be assessed Thursday in order to make further decisions, noting that as schools reopen, teachers will be among those prioritized to receive vaccinations.

A Royal directive issued by the King Jan. 12 says that schools must reopen.

Ayed noted that the mechanism of university attendance is currently being studied and depends on the developments of the health situation in Jordan.

Schools are scheduled to reopen Feb. 7 as part of the third phase of the country's reopening.

No intention to impose total lockdown ....

We will not try to justify or belittle Salt incident: PM

We will not try to justify or belittle Salt ....

We will not try to justify or belittle Salt ....

We will not try to justify or belittle ....