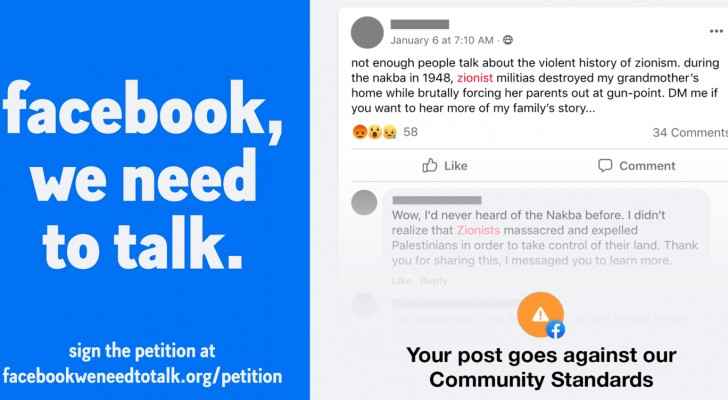 Activists across the world have launched an open letter petition called ‘Facebook, we need to talk,' which calls on the technology conglomerate to ensure that changes to its hate speech policy are not ones that would compromise free speech.

The change at hand mulls conflating the word 'Zionist' with that of 'Jew' or 'Israeli,' both of which are protected under Facebook's hate speech community standards.

The problem is that Zionism, a political and nationalist ideology that calls for the establishment of a Jewish state in historical Palestine, deprives Palestinians of the ability to speak freely about their lives, which are largely dictated by Zionism.

Zionism is the basis for which Palestine is occupied, and is not an ideology shared among all Jews.

The change in policy would also make it more difficult for advocates to discuss issues of Palestine online.

The boldest example of the efforts to shield the Israeli Occupation government from accountability of the violations against Palestinians is the ongoing campaign to impose the disputed International Holocaust Remembrance Alliance (IHRA) definition of antisemitism in several institutions such as educational campuses and civil societies, while including it in government legislation.

According to the petition, the IHRA definition will integrate the meaning of antisemitism directly with holding the Israeli Occupation government responsible for its oppressive shielded political speech.

By doing so, the much-needed discussions about foreign policy and human rights will be blocked.

An exerpt of the petition reads, “The proposed policy would too easily mischaracterize conversations about Zionists – and by extension, Zionism – as inherently antisemitic, would harm Facebook users, and would undermine efforts to dismantle real antisemitism and all forms of racism, extremism, and oppression. We cannot dismantle antisemitism if we are blocked from voicing our opinions and sharing our experiences with each other.”

The open letter petition has assembled over 24,008 signatures.

Several activists and distinguished human rights figures such as Hanan Ashrawi, Marc Lamont Hill, and Noam Chomsky have signed the petition. (See facebookweneedtotalk.org/petition-text/english for a complete list of initial signatories.) 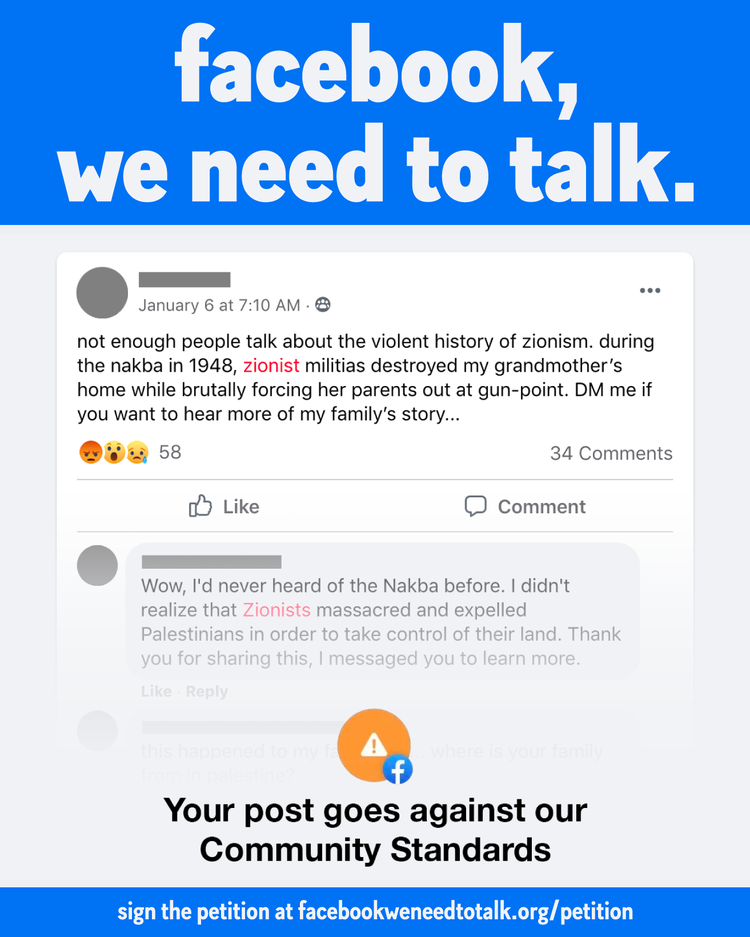 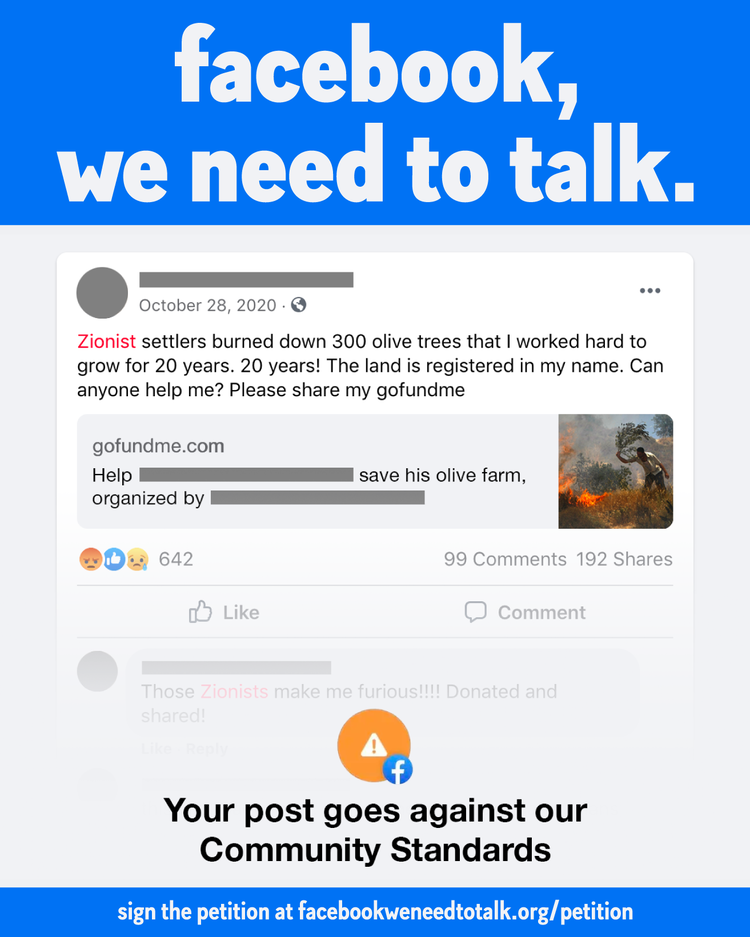