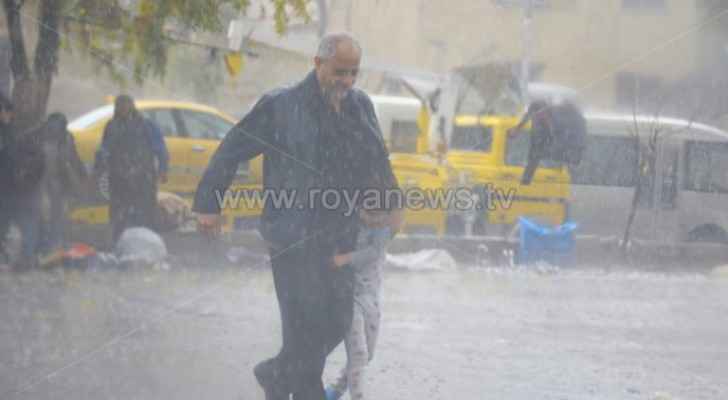 Thursday, Jordan will be affected by a cold air mass that will result in a significant drop in temperatures across the Kingdom, according to the Jordan Meteorological Department (JMD). Skies will be partly cloudy bringing scattered showers to western parts of the Kingdom.

At night, a further drop in temperatures is expected along with active westerly winds and rain in the northern and central highlands. The JMD advised drivers to beware of slippery roads and poor visibility due to fog.

Thursday, temperatures in Amman will range between 12 degrees Celsius during the day and 5 degrees at night, according to Arabia Weather.

Friday, a further drop in temperatures is expected with temperatures in Amman ranging between 8 and 5 degrees Celsius. Cloudy skies will bring scattered rain to most parts of the Kingdom. Later in the day, heavier rainfall is expected accompanied by thunder and hail at times. Citizens are advised to beware of flooding, especially in valleys and low-lying areas.

Saturday, a two-degree rise in temperatures is expected with temperatures in Amman ranging between 10 and 7 degrees Celsius. Light showers are expected in the morning in the northern and central highlands along with moderate to brisk southwesterly winds.