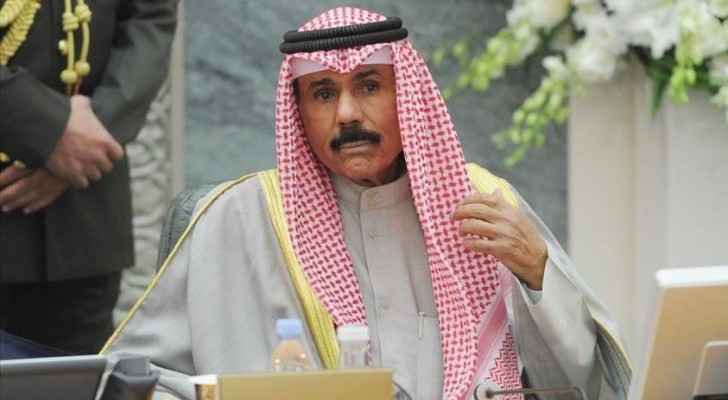 Sunday, the Emir of Kuwait, Sheikh Nawaf Al-Ahmad Al-Sabah, commissioned the resigned Prime Minister Sheikh Sabah Khaled Al-Hamad Al-Sabah to form a new government after the resignation of the Kuwaiti government in the wake of a crisis with the National Assembly.

The Kuwait News Agency said that an "Amiri decree was issued to appoint His Highness Sheikh Sabah Khaled Al-Hamad Al-Sabah as Prime Minister and mandated to nominate members of the new cabinet and present their names to His Highness the Amir of the country to issue a decree appointing them."

This will be the third government that Sheikh Sabah Al-Khaled forms since his first appointment as prime minister in December 2019.

Jan. 13, the Kuwaiti prime minister formally submitted the resignation of his government to the Emir of the country, a month after its formation.

The resignation came after a crisis between the government and the Kuwaiti National Assembly, and the announcement of 38 deputies in the parliament their support for an interrogation presented by three deputies last week against Prime Minister Sheikh Sabah Khaled Al-Hamad Al-Sabah.

The deputies accuse the prime minister of "violating the provisions of the constitution when forming the government, and failing to take into account the elements and trends of the parliament and the dominance and bias of the executive authority in the National Assembly elections, in addition to the government's failure to present its work program immediately after its formation in accordance with Article 98 of the constitution."

The Kuwaiti opposition strengthened its position in the legislative elections that took place on Dec. 5, with the victory of 24 MPs affiliated with it, who won seats in the National Assembly.

Unlike other countries in the region, Kuwait enjoys an active political life, and its parliament, whose members are elected to a four-year term, has broad legislative powers and often witnesses intense debate.

In recent years, Kuwaitis have expressed their desire for reform and change in their country where expatriates make up 70 percent of the population.

Kuwait was the first Arab Gulf state to adopt a parliamentary system in 1962. It granted women the right to vote and run for elections in 2005.

The country has been rocked for several years by recurring political crises, including the government, figures from the ruling family and the parliament, which has been dissolved several times.

Between mid-2006 and 2013 and especially after the Arab Spring in 2011, the country witnessed the resignation of ten governments.