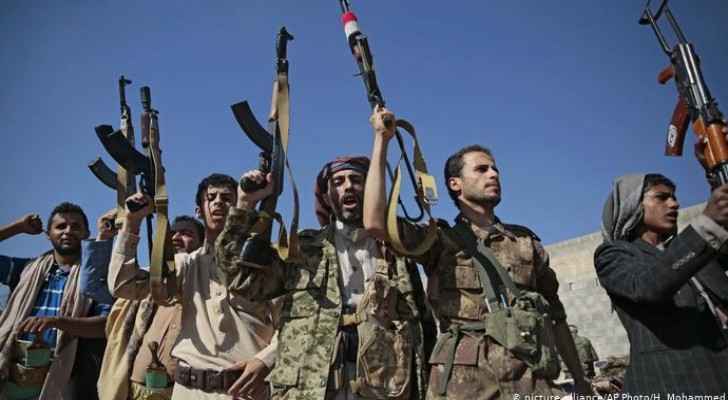 US President-elect Joe Biden's team pledged to "immediately reconsider" the decision to designate the Yemeni rebels a "terrorist organization," while the Treasury issued exemptions to relief organizations amid fears of a worsening crisis in the war-stricken country.

The decision banning direct dealings with the "Ansar Allah" group, the political arm of the Houthi rebels, took effect on Tuesday, but the administration of outgoing President Donald Trump was quick to clarify the issue of exemptions.

The Finance Ministry said in a statement that these exemptions include the activities of certain organizations, including the United Nations, the International Committee of the Red Cross, and non-governmental organizations that support "humanitarian projects."

Nevertheless, the classification is expected to hinder many dealings with the Houthis, including financial transfers and payments to medical staff, food and fuel, for fear of being subject to US sanctions.

The pro-Iranian rebels have controlled the capital, Sanaa, and vast areas of Yemen since 2014, and have been fighting daily battles against forces loyal to the internationally recognized authority backed by a Saudi-led military coalition since March 2015.

But Anthony Blinken, whom Biden had chosen to assume the State Department, pledged Tuesday to "immediately reconsider" the decision of outgoing Secretary of State Mike Pompeo to designate the Houthis a "terrorist organization."

"We will propose to immediately reconsider this decision to ensure that humanitarian aid is not impeded," he said during the approval session of his appointment to the post in the Senate.

This conflict has left tens of thousands dead and pushed nearly 80 percent of the population to rely on humanitarian relief amid the world's worst humanitarian crisis, according to the United Nations. The conflict has also displaced some 3.3 million people and left an entire country on the brink of famine.

End of supportThe Yemeni rebels pledged Tuesday to respond to "any hostile step" with the entry into force of the decision to designate them a "terrorist organization."

The "Ansar Allah" group, the political arm of the rebels, said in a statement that the Trump administration's move "increases our awareness and steadfastness on the correctness of our stance, preservation and adherence to it (...) and will not push us to retreat from our positions."

"We, God willing, are present to take any necessary step towards any hostile step," the statement added, of which Agence France-Presse received a copy.

While Saudi Arabia and the Yemeni government welcomed the decision, prominent American lawmakers called for a quick reversal of the step, while senior UN officials warned of famine if the resolution was implemented.

The spokesman for the Secretary-General of the United Nations, Stephane Dujarric, called on the United States on Tuesday to reverse this step.

"Our position on this has not changed, and we call on the government to reverse this decision. Our concern from the beginning, which we expressed very clearly, is the impact on the commercial sector, as the vast majority of food and other essential supplies that come to Yemen come through the commercial sector," he said.

The United States supports the Saudi-led military coalition in Yemen.

This US support, especially in terms of military hardware, has often been criticized by organizations defending human rights, as well as by US lawmakers, especially because of the deaths of civilians in bombing operations that were accidentally carried out by the coalition.

"The president-elect made clear that we will end our support for the Saudi military campaign in Yemen," Blinken said during his appointment approval session, adding, "We will do it very quickly."

The incoming US Secretary of State stressed that while the Houthis bear “great responsibility” for the humanitarian crisis in Yemen, “the worst in the world,” the Saudi-led coalition “has contributed greatly to this situation.”