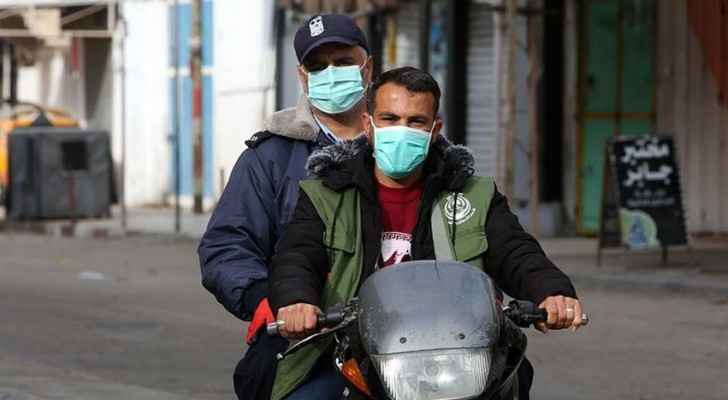 The Palestinian Ambassador to Russia Abdel Hafiz Nofal announced Tuesday that the first doses of Russia’s Sputnik V vaccine will arrive in the West Bank within days via Ben Gurion Airport.

He said the shipment will include 5,000 donated doses. At an undisclosed date that Palestinian Authority officials have placed in early February, Palestine will receive the 100,000 doses purchased through a December agreement.

Palestine will be the first country to obtain the Russian vaccine in the Middle East.

But the first-place ribbon presents broader questions about the legality of the situation.

Since the Israel Occupation began importing Pfizer vaccines in December, which it has used to become the leader of the global vaccine campaign after inoculating nearly 30 percent of its population, questions have emerged about the Israel Occupation’s unwillingness to distribute vaccinations to Palestinians as part of its responsibility as an occupying state.

On Dec. 7, the Director General of the Office of the Palestinian Minister of Health Dr. Ali Abed Rabbo told Roya that the Israeli Occupation’s decision not to do so was “one more example of the Israelis violating their responsibility.”

Other PA officials, including Minister of Health Mai Kaila, have echoed his claims, citing the Fourth Geneva Convention, which asserts that any occupying power must ensure the health of those it occupies, specifically including epidemics in the Convention’s language.

“We are a state under occupation. We have no control over borders or entry. Anything that we wish to import must be approved by the Israeli occupation… Despite all the Palestinian poltical efforts to prepare and provide for our citizens, we are still under occupation. We have and own nothing, not even rights to surrounding waters, even in agriculture, the occupation is limiting us and preventing us,” said Kaila in an interview last week.

Experts heavily dispute the claim, because while Oslo technically did transfer healthcare power to the PA, strict Israeli Occupation control over Palestinian borders continued, making the entire healthcare system- and necessities like vaccines- at the mercy of the Israeli Occupation.

It’s worth noting that the half a million Israeli Occupation settlers who live in the West Bank are receiving vaccinations.

Settlements are both a violation of Oslo and one of the biggest barriers to any future two-state solution.

Even if the Israeli Occupation refuses to vaccinate Palestinians- which it likely will continue to do- the Occupation could very well be violating international law in a second vaccine-related way.

According to Kaila in her interview last week, the Occupation did approve the vaccine.

“Until now there seems to be no objections. The Israeli Occupation authorities only informed us that we must keep them informed about obtaining the Sputnik vaccine before ten days so that they can make the preparations for the procedures,” she said.

The problem: the Israeli Occupation has not approved it for its own citizens, which it is required by law to do.

According to Yara Hawari, a fellow at the Palestinian Policy Network, “Israeli and international law ban Israel from allowing the distribution of a vaccine in Gaza and the West Bank that it has not approved for its own population.”

“So, Israel is not only responsible for vaccinating Palestinians living in the occupied territories, but it also has a legal obligation to ensure the vaccines they eventually receive meet the approval criteria of the Israeli healthcare system.”

This means that the Occupation has not only shirked vaccine responsibility, but is also setting a second, lower standard for Palestinian heath than the one set in the Israeli Occupation.

True as it may be, Shawan Jabarin, an expert in Palestinian law, seemed less concerned with the fact that the Israeli Occupation has not approved Sputnik for its own citizens, and more excited that, at last, Palestinians will finally have a vaccine.

“It’s an example of Palestinian sovereignty.”

Vaccines are the most important achievement of mankind: ....

Vaccines are the most important achievement of ....

Vaccines are the most important achievement of ....

Vaccines are the most important ....