All people in Jordan, including refugees, have right to get COVID-19 vaccine: Obeidat

All people in Jordan, including refugees, have right to get COVID-19 vaccine: Obeidat 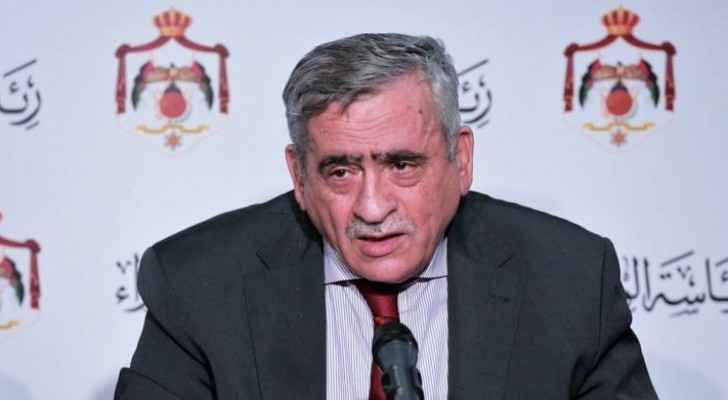 Tuesday, during a TV interview with CNN, the Minister of Health Nathir Obeidat said that vaccination priorities in the Kingdom are not limited to Jordanians only, adding that he believes that all people living on Jordanian territory, including refugees, have the right to get vaccinated right now.

He added that the government will try to provide the vaccine to absolutely everyone living on Jordanian territory, and called on the international community and pharmaceutical companies to provide more coronavirus vaccines to help Jordan vaccinate its refugee population.

He pointed out that the large number of refugees hosted by Jordan puts more pressure on the health system and on the vaccination program.

He said, "There is a huge shortage of vaccines, but I think that during the next few weeks, we were likely to secure more vaccinations, so I think the international community supports Jordan in many directions with regard to refugees, but we still need more help in providing [vaccines to] Jordan."

Obeidat mentioned that they have reached an agreement with Pfizer-BioNTech to double the doses ordered. The previous agreement ensured that five percent of the population will be vaccinated, but the ministry is working on making it 10 percent.

He added, "We hope [to obtain vaccines] from other companies such as AstraZeneca and Johnson & Johnson when their vaccines are available.”

Jordan became one of the first countries in the world to start vaccinations for refugees on Jan. 14. The Kingdom hosts over 750,000 refugees, according to the United Nations High Commissioner for Refugees.

Jordan suffers from scarcity of subspecialist ....

Jordan suffers from scarcity of subspecialist ....

Jordan suffers from scarcity of ....