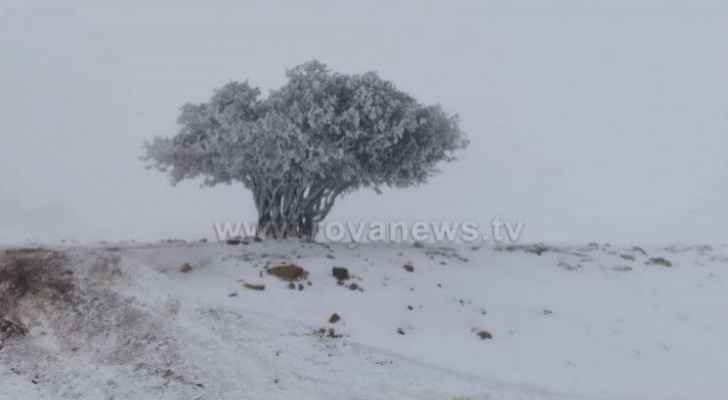 Tuesday, it is expected that Jordan will be affected by an air depression associated with a very cold and polar air mass pushing towards the region which is set to extend until early Thursday.

The effect of this air depression is accompanied by a significant decrease in temperatures, rain and snow.

Tuesday, the Kingdom’s temperatures will decrease significantly and wind speed will increase. Rains will vary from regular and intense, and may become heavy at close intervals which will be accompanied by thunderstorms and hail in the north and center of the Kingdom. The rain will gradually extend towards the southern regions shortly after midnight.

The polar front will intensify late Tuesday and Wednesday morning, which will allow for the opportunity of snow on the high mountains in the South of the Kingdom. The snow will accumulate periodically. Similar snow patterns are set to occur in the heights of the capital, Amman, where elevations exceed 1050-1100 meters with the possibility. In these areas, limited snow accumulations may occur, but it is not expected to disrupt or limit human activity.

During the day hours Wednesday, the Kingdom will witness rain in all regions which may become heavy at times with hail showers. Snow mixed with rain may occur at high altitudes.

It is expected that the air depression will significantly increase the average amounts of rain in all regions of the Kingdom this year.

The Director of Operations at ArabiaWeather Osama Al-Tarifi said that the polar front which begins Tuesday evening will affect Jordan for 30 hours.
Al-Tarifi added that the thickness of the expected snow Wednesday in some areas of the south may reach 20 cm.

He pointed out that most areas of the Amman will not see the snow and frost stick Wednesday, confirming that heavy snowfall will only occur on the heights of the south.