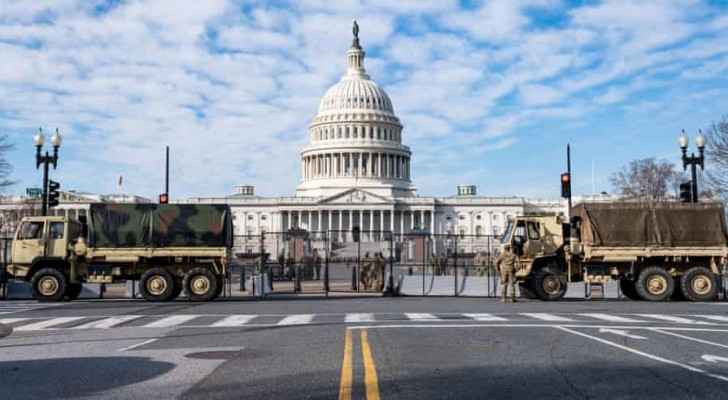 The US Capitol went into lockdown Monday after a local fire triggered fear amid FBI warnings of violence in the days leading up to the Wednesday inauguration of president-elect Joe Biden.

An alert made through the intercom of the Capitol repeated, “External security threat, no entry or exit is permitted, stay away from exterior windows, doors. If outside, seek cover."

Authorities later said there was no imminent threat, and circulating photos of smoke emanating from the Capitol were from a fire blocks away that has since been extinguished.

Thousands of National Guard members were deployed to Washington following the storming of the Capitol on Jan. 6 by pro-Trump rioters that killed five.

According to the Associated Press, no injuries were reported in Monday's fire.

US Congress confirms Biden win, Trump says 'there will be ....