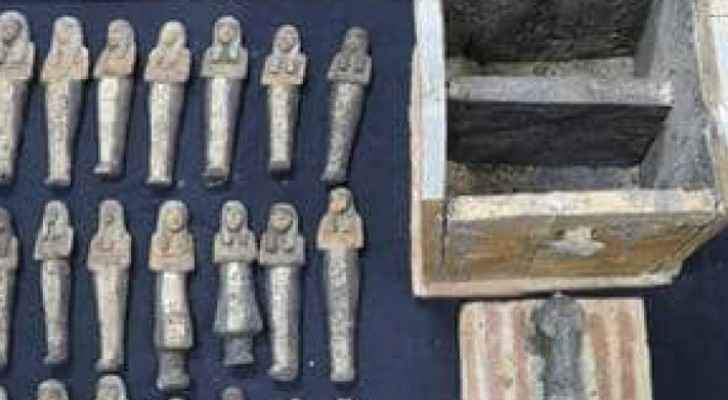 Saturday, important archaeological discoveries dating back to ancient times were discovered through a joint Egyptian mission working in the Saqqara antiquities area, southwest of Cairo, next to the pyramid of King Teti, the first king of the sixth dynasty of Egypt.

The head of the mission and an archaeologist, Zahi Hawas said that these discoveries will rewrite the history of this region, especially during the 18th and 19th dynasties of the modern state, during which time Teti was worshiped. Teti’s burial took place around this pyramid in Saqqara.

Hawass confirmed that the mission found the funerary temple of the Queen Naraat, the wife of Teti, part of which was uncovered in the years prior to the mission, indicating that the mission also found the ‘blue-print’ of the temple, in addition to 3 warehouse-like structures built of mud brick on the southeastern side, which was used to store offerings and tools that were used to in the Queen's cult.

In addition, 52 wells were found, ranging in depth from 10 to 12 meters, with more than 50 wooden coffins from the New Kingdom of Egypt era, according to what was reported by the Facebook account of the Egyptian Cabinet.

This is the first time that coffins dating back 3,000 years have been found in the Saqqara region. The coffins had a shape which would fit the human form and represented on their surfaces, many scenes of the Gods who were worshiped during this period. Additionally, various excerpts of text from the Book of the Dead were etched into these coffins in order to help the deceased on their journey to the other world.

Inside the wells, a large number of ancient archaeological artifacts and statues in the form of deities such as Osiris and Ptah.

Also in the wells, the mission discovered a parchment made of papyrus which was four meters long and one meter wide, which had excerpts from the Book of the Dead, signed off by ‘Bu-Khaa-Af’

This very same name was found on four Ushabti statues. Ushabti is a funerary figurine used in ancient Egyptian funerary practices. This name was also found on a wooden coffin made for the form of a human body.

Moreover, a shrine to the Anubis, the god of mummification and the afterlife as well as the patron god of lost souls and the helpless, was uncovered. There were statues of Anubis found in good condition.

Also found were many artifacts representing birds such as geese, a bronze ax indicating that its owner was one of the leaders of the army in the New Kingdom era, and many paintings inscribed with scenes of the deceased and his wife and hieroglyphic writings.

Zahi Hawass explained that these discoveries confirm that the archaeological area in Saqqara was not used as a necropolis only in the late era, but also in the New Kingdom.

The mission studied the mummy of a woman, whose owner was found to be suffering from a disease known as "Familial Mediterranean fever" or "Swine fever", which is a disease that comes from direct contact with animals and leads to a liver abscess, which is a permanent chronic disease.

The mission also revealed a huge mud brick cabin dating back to the New Kingdom era, with a well up to 24 meters deep. The end of the well has not yet been reached, however, it is expected to end with a burial chamber. 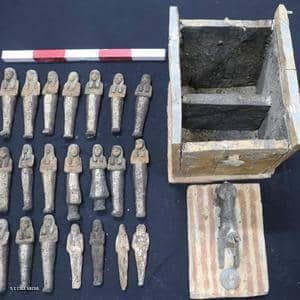 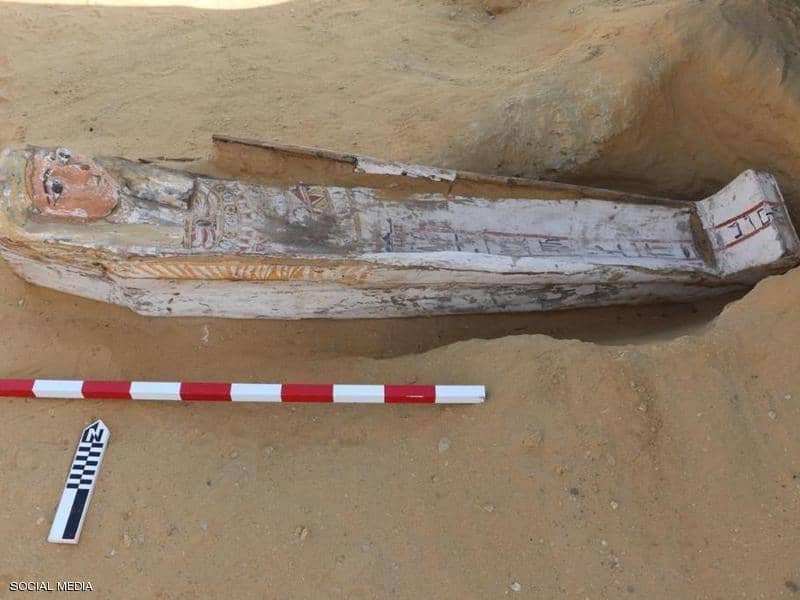 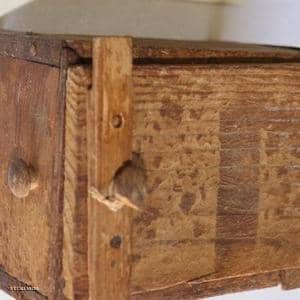