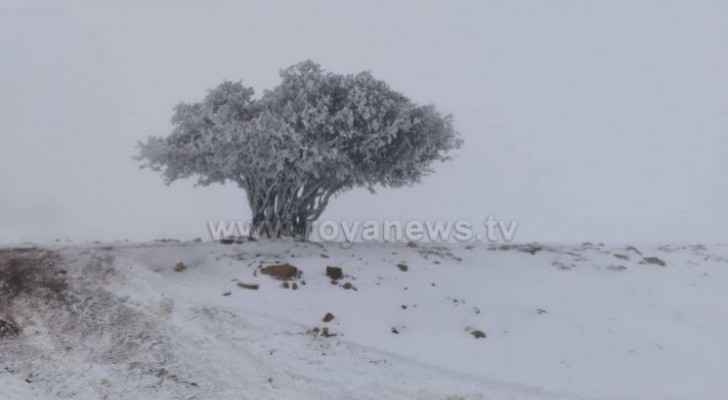 According to the ArabiaWeather website, winter is set to return strongly next week to the Kingdom, as it is affected by two separate air depressions, including a polar front depression.

A polar front is a boundary between two air masses that is often distorted by warmer air bulging into the colder air, with the bulge moving along like a wave. The leading edge of the wave is known as a "warm front" while the trailing edge is called a "cold front". The cold front usually moves across the surface faster than the warm front. The pressure near the top of the wave falls sharply and a depression forms.

The first depression is set to begin Sunday evening, with the weather temporarily stabilizing Monday evening and Tuesday.

The polar depression is set to affect Jordan Tuesday night and Wednesday and will be accompanied by a very cold and polar air mass.

Wednesday, the weather will be cold in most regions and will be very cold over the mountainous areas. There is a high possibility of rain in various regions of the Kingdom, accompanied by showers of hail that may be intense at times.

Snow may be expected over the high southern mountain heights (Sharah Mountains).

The winds will be westerly and moderate, which may become active at intervals.

Wednesday night, the air depression will rapidly move east, while it is expected that the polar winds will continue to flow towards the Kingdom, causing Jordan to be affected by a wave of ice.