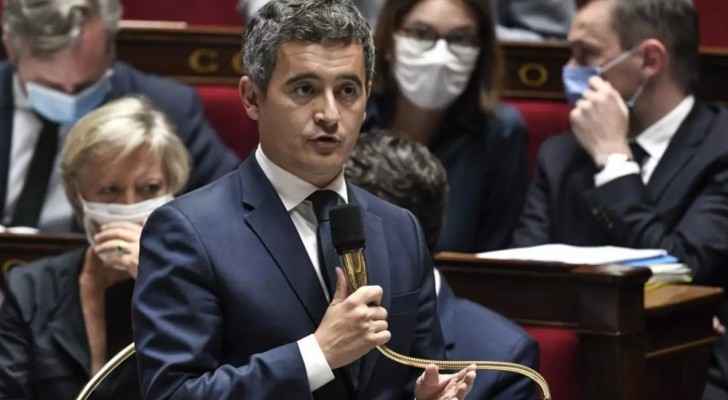 "Nine out of the 18 houses of worship that were specially monitored have closed at my request," the minister wrote on Twitter.

"We are taking resolute measures against Islamist separatism," he added.

The closure of eight of the nine prayer halls and mosques came due to administrative reasons, five of them for not meeting safety standards. Most of these institutions are located in the Parisian region, according to what the minister’s circles told AFP, confirming a piece of information published by the Le Figaro newspaper.

In all, "34 monitoring operations" were carried out in recent weeks in Muslim places of worship.

The draft law "Promoting Respect for the Principles of the Republic", also called the Anti-separatism Law, will be submitted to deputies as of Monday to discuss it in a special committee of the National Assembly before it is presented in a plenary session starting Feb. 1.

Saturday morning, the Minister of Interior met with officials from the three main currents within the French Council of the Islamic Faith in an attempt to calm divisions between them over the project to reform Islam in France.

The French government in mid-November launched a controversial project to reform Islamic institutions to ensure the existence of an Islamic discourse compatible with republican values in light of the escalation of extremist rhetoric.

At the French-Italian border, the face of immigration is ....

At the French-Italian border, the face ....