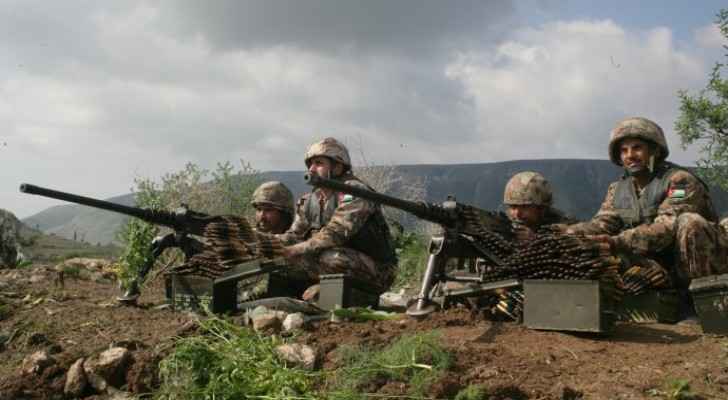 The military foiled an infiltration attempt at the eastern border in the early hours of Friday morning, said an official military source in the General Command of the Jordan Armed Forces-Arab Army. A group of people attempted to cross the border from Jordan into Syria illegally.

The source said that the army applied the rules of engagement, which lead to the arrest and injury of a number of the people involved. All those arrested will be transferred to the competent authorities for the suitable legal action to be taken.

The source stressed that the Jordanian Armed Forces-the Arab Army will continue to apply full force to foil all infiltration or smuggling attempts to protect Jordan and its citizens.

Marking 65th anniversary of Arabization of ....

Marking 65th anniversary of Arabization of ....