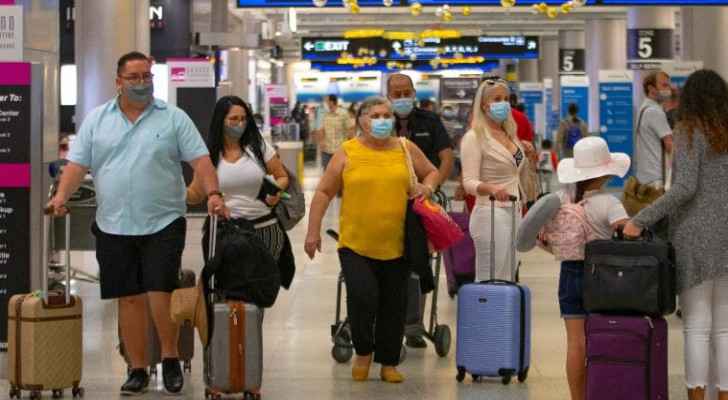 The WHO Regional Director for Europe, Hans Kluge, said in a virtual press conference that it is necessary for "all countries capable of contributing to grant and support the fair distribution of vaccines," referring to the "huge" efforts made by the organization and its partners to ensure that every country has access to vaccines.

He emphasized that 95 percent of vaccines were given to ten countries he did not name.

These countries are the United States, China, the United Kingdom, Israel, the United Arab Emirates, Italy, Russia, Germany, Spain and Canada, according to the data analysis website "Our World in Data."

Michael Ryan, director in charge of health emergencies at the World Health Organization, said Wednesday that over a period of 36 days, about 28 million people received a dose of a vaccine against Covid-19 in about 46 countries around the world.

Despite the start of vaccination campaigns, Ryan expressed his concern about the rapid spread of the virus observed in some countries, especially due to the new, more contagious mutations.

Kluge reiterated that "the situation is alarming."

25 countries in Europe, including Russia, have recorded infections with the new strain of coronavirus.

"With the increase in transmissibility and the severity of the disease, the mutated virus raises concern, and in the absence of increased oversight to limit its spread, there will be more consequences for health care facilities that are already under stress and pressure," he said.

Of the 53 countries in the region, 31 countries have started the vaccination campaign, and it is expected that the countries benefiting from the Covax mechanism will start distributing COVID-19 vaccines to poor countries, in early February.

Kluge finds it necessary to be optimistic.

He stressed that "2021 will be another year for the coronavirus, but it will be a more ripe year, and the situation will be easier to control."

Palestine to receive vaccines in early ....

Palestine to receive vaccines in early ....