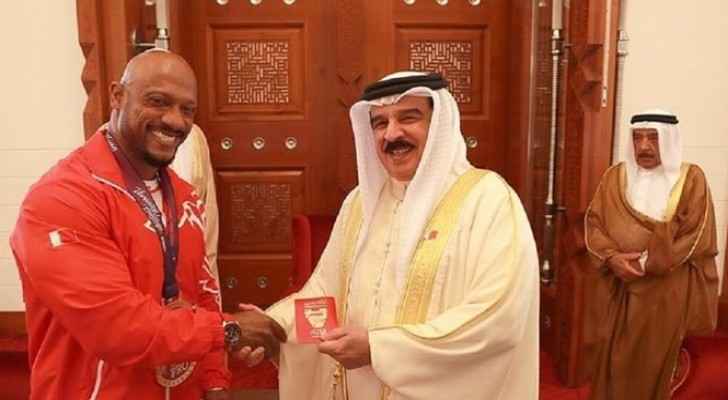 Qatar released a Bahraini bodybuilder, along with his companion, after they were arrested during a fishing trip, Bahrain announced Thursday.

Bahraini bodybuilding champion Sami Al-Haddad and his friend were arrested Jan. 8 by Qatar, who insisted that they were in Bahraini territorial waters.

The Bahraini Ministry of Interior said in a statement that it “received notification from the Ministry of Foreign Affairs that the Bahraini citizens who were arrested by the Qatari Coastal and Border Security today were released ... while they were on a fishing trip, (...) in addition to the Bahraini sailor Habib Abbas."

According to the statement, the boats they were using have not been released, indicating that Doha is holding "50 boats."

The three were transferred to the Sultanate of Oman and from there to Bahrain.

Despite the arrest process, on which Doha has not yet commented, the Bahraini Ministry of Foreign Affairs invited a Qatari delegation to visit Manama "as soon as possible."

The maritime borders between the two countries have witnessed repeated incidents in recent months, including the Qatari coast guard intercepting Bahraini ships, even after the Gulf crisis is resolved.

In June 2017, the Kingdom of Saudi Arabia and its allies the United Arab Emirates, Bahrain and Egypt imposed a blockade on Qatar, which included the closure of the country's airspace due to claims that it supports Islamist groups, which Qatar has repeatedly denied.

The four countries agreed to lift the blockade on Qatar at the Gulf Cooperation Council summit last week in the Saudi city of Al-Ula, after active diplomatic efforts by the administration of the outgoing US President Donald Trump.

After several maritime accidents, Bahrain flew four fighter jets over the territorial waters of Qatar Dec. 9, according to Doha in a letter to the Security Council.

But Manama, in a letter to the United Nations, denied that it had penetrated Qatari airspace, speaking of routine exercises in the Saudi and Bahraini airspace.

During the early days of the Gulf conflict in 2017, the Qatari coast guard seized 15 Bahraini fishing boats, saying they were operating illegally in the emirate's waters.

Qatar has entered into a long-running territorial dispute with Bahrain over the waters and islets that separate the peninsula from the main islands of its neighbor.

The dispute was resolved by the International Court of Justice in 2001.