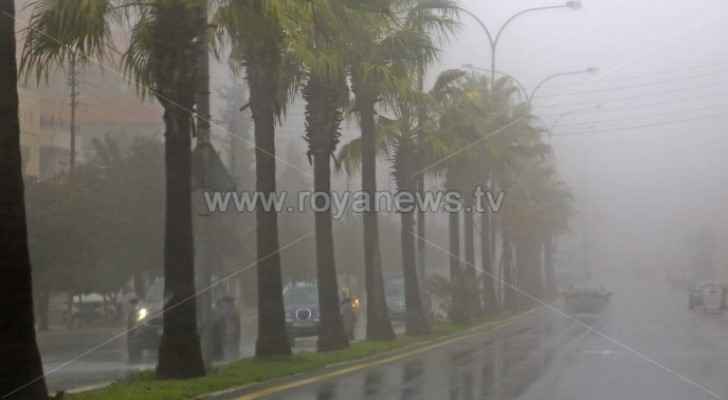 Thursday, the Kingdom will be affected by a cold and wet air mass accompanied by a depression coming from Turkey, as temperatures will significantly deop, bringing cold weather conditions, announced the Jordan Meteorological Department (JMD).

Rainfall is expected to be heavier with thunder and hail at times, mainly in the northern and central regions, causing flash floods in valleys and lowlands.

The JMD warned of slippery roads, floods formation, as well as poor visibility.

Temperatures will range between 12 degrees Celsius and eight degrees in Amman. It will be warmer in Aqaba, reaching 20 degrees Celsius during the day and 14 degrees at night.

Over the next two days, cold and partly cloudy weather will continue to persist with a chance of light showers in the southern and central parts of the Kingdom, the JMD said, adding that winds will be southwesterly moderate to brisk.