GAM collects 300 tons of recyclable waste in neighborhood in Amman

GAM collects 300 tons of recyclable waste in neighborhood in Amman 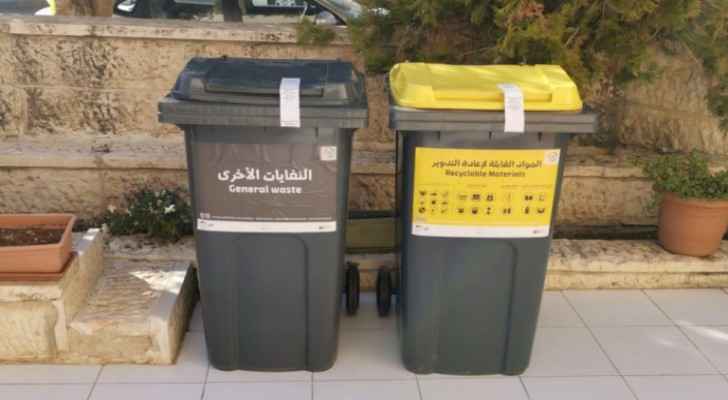 Greater Amman Municipality (GAM) collected around 300 tons of recyclable materials in the Radwan neighborhood in 2020.

This came as a part of a waste sorting project which is funded by the German Ministry for Economic Cooperation and Development in cooperation with the German Agency for International Cooperation (GIZ).

The project aims to reduce the cost of waste management and extend the life of the Ghabawi landfill by reducing the waste sent to it by 20 percent.

Director of the Environmental Studies and Awareness Department of GAM, Omar Arabiyat, explained that the percentage of separated waste reached 14 percent of the total waste collected in the neighborhood.

Arabiyat added that preparation of the work plan for the second and third experimental phase of the project, which will begin during the first middle of this year, has been completed in Al-Rawaq and Al-Jarn neighborhoods, as well as Downtown Amman.

The necessary machines and equipment have been secured to collect waste and recyclable materials, he added.

GAM shuts down three facilities for ....