COVID-19 infections recorded among gorillas ‘on the brink’ of extinction

COVID-19 infections recorded among gorillas ‘on the brink’ of extinction 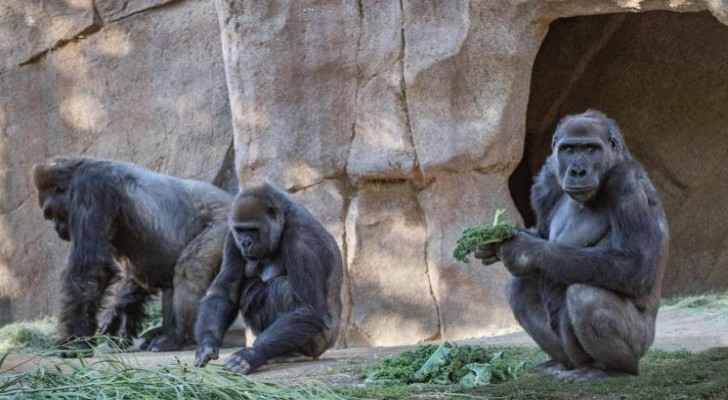 Monday, San Diego Zoo workers feared that at least eight gorillas were infected with the coronavirus, which previously spread among mink and tigers.

The California Governor Gavin Newsom said Monday that two gorillas have tested positive for COVID-19 and it appears that the third gorilla has shown symptoms.

The Executive Director of the zoo Lisa Peterson, told the Associated Press Monday that eight gorillas living together are believed to be infected with the virus, and many of them are coughing.

Officials at the San Diego Zoo believe that the infection was transmitted to the gorillas from an employee who did not show symptoms of the disease, and who subsequently tested positive, despite the existence of widespread precautionary measures to protect the monkeys, according to Sky News.

Peterson said that "aside from some congestion and coughing, the gorillas look fine," adding that "the gorilla herd is still in quarantine and they eat and drink together."

"For nearly a year, our team members have been working tirelessly, with utmost determination to protect one another and protect wildlife in our care from this highly contagious virus (...) The safety of our staff and wildlife remains our top priority," Peterson said.

Tests were conducted on gorillas using their droppings, after two of them began coughing Jan. 6.

Veterinarians are watching the gorilla group closely, and they are being administered vitamins, fluids and nutritious food as there is no specific treatment for the virus in animals.

Notably, other wild animals were infected with the COVID-19, including mink and tigers, but it is believed that cases of gorillas in the San Diego Zoo are the first to be reported from a zoo in the United States and possibly the world.

Studies have shown that some primates are susceptible to the virus which has infected over 90 million people and caused the death of nearly two million people, although it is not known if they had serious reactions.

Meanwhile, zoo officials are working closely with experts treating humans with the coronavirus in case the monkeys' condition deteriorates.

"This is wildlife, it has its own resilience and can heal differently than we do," said Peterson, adding that the focus at the moment is on preserving its health.