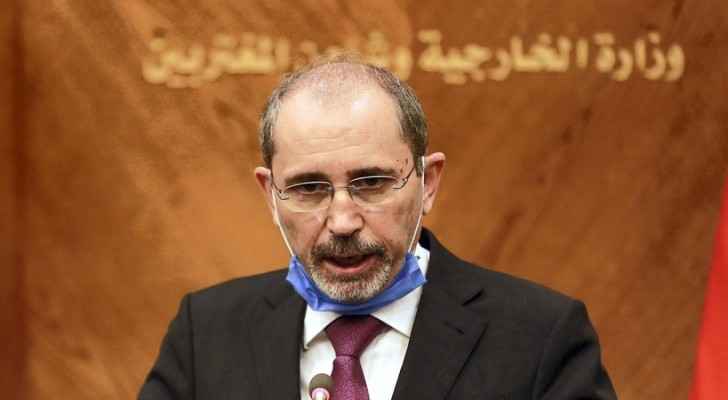 The foreign ministers of Egypt, Jordan, France and Germany held a new meeting Monday in Cairo to work on reviving the Palestinian-Israeli Occupation peace process.

The four ministers discussed "possible steps to advance the peace process in the Middle East and create an environment conducive to the resumption of dialogue between the Palestinians and the Israelis."

This quartet, which met for the first time in Munich in February 2020 and then in Amman in September, announced that it would hold its next meeting in Paris without setting a date for it.

In a joint press conference following the meeting, Jordanian Foreign Minister Ayman Safadi said that the group is working to "prevent any measures that undermine the two-state solution."

He condemned the Israeli Occupation announcement to build 800 new housing units in the settlements of the occupied West Bank.

The Jordanian minister affirmed that the group is working to reach a comprehensive peace through a "two-state solution," stressing that "the alternative is the one-state option."

"In this case, the whole world must say whether it accepts a state based on the apartheid system," he said.

The administration of US President Donald Trump, whose term ends on the twentieth of this month, has granted unlimited support to Israeli Occupation settlers, which has led to an acceleration of settlement activity in the West Bank.

The joint statement of the quartet confirmed its intention to work with the administration of President-elect Joe Biden to revive the peace process.