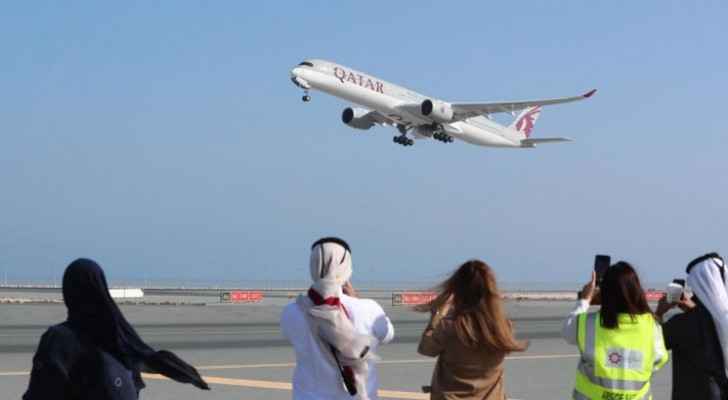 Monday, flights between Qatar and Saudi Arabia relaunched, with a Qatari plane taking off from Doha towards Riyadh on a flight that is the first between the two countries after they rekindled relations following the ‘Gulf Crisis.'

In June 2017, Saudi Arabia, the UAE, Bahrain and Egypt announced that they cut relations with Qatar, after accusations of it supporting Iran and extremist Islamist groups, which Doha denied. The four countries closed their airspace to Qatari planes, banned commercial dealings with the nation and stopped Qatari citizens from entering their territories.

The commercial plane belonging to Qatar Airways took off on the first flight between Qatar and Saudi Arabia in three and a half years at 11:00 AM GMT.