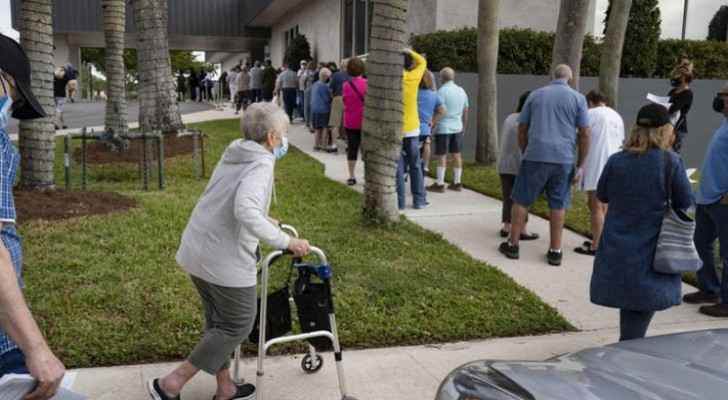 Friday, official data from the US Centers for Disease Control (CDC) announced that the mutated COVID-19 strain, which was first reported to be in the US last week, was detected in eight US states.

California and Florida are the states most affected by the mutated virus.

This strain has also been detected in Colorado, Texas, New York, Georgia, Connecticut and Pennsylvania, with a combined total of 63 cases.

The US chief infectious disease expert Anthony Fauci told Newsweek Wednesday that this strain may be "more prevalent in the United States than we are currently discovering."

The spread of the "B117" strain, the mutated strain from Britain, and another more infectious strain that appeared in South Africa, known as "B1351," raised fears that a similar strain would emerge in the United States.

Friday, however, US officials denied reports that any such strain has been discovered.

A record 290,000 new COVID-19 infections were recorded within 24 hours in the United States Friday, according to Johns Hopkins University. Thursday, the country recorded more than 4,000 deaths.