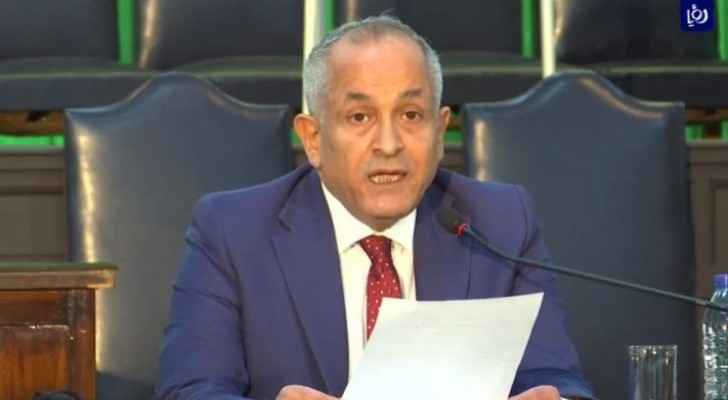 Saturday, the Minister of State for Media Affairs, Ali Al-Ayed, and Minister of Culture Bassem Al-Towaisi, announced the details of the national plan for the centennial celebration of the founding of the Jordanian state during a press conference.

Al-Towaisi declared that Apr. 16 has been selected as the National Day for the Jordanian Flag. However, he pointed out that the mass celebrations on the occasion of the centenary will be delayed until after the month of May due to the pandemic. Apr. 11 will be an official holiday marking the centenary.

Al-Ayed said that they have selected the Museum of Parliamentary Life, steeped in history, to announce their plan to celebrate this occasion, due to its national symbolism and unique historical value.

He said, "From this place we witnessed the most important national historical milestones, such as the achievement of the independence of the Hashemite Kingdom of Jordan, which was declared by its wise founder, His Majesty the late King, God willing, King Abdullah I, who was martyred on the thresholds of the blessed Aqsa [mosque.]"

"We are all proud, as Jordanian citizens, to be among the ranks of this generation that is witnessing this important historical milestone."

He pointed out that the Jordanian state centenary is an opportunity to evoke the achievements of forefathers, to recall the heroics of martyrs, and to be proud of what has been achieved.

He affirmed that Jordan's renaissance will continue with His Majesty King Abdullah II, and with the determination of his faithful Crown Prince His Highness Prince Hussein bin Abdullah.

Al-Towaisi said that the centennial of the establishment of the Jordanian state represents a story of struggle, sacrifice and building that laid the foundations for the first pillars of the Hashemites, along with generations of Jordanians.

He added that the Jordanian state has demonstrated its ability to withstand all the challenges it has faced over the past hundred years.

He explained that the Ministry of Culture will allocate all its artistic projects this year to include in the celebration of the centennial of the Jordanian state, including the National Song Festival and Jerash Festival for Culture and Arts.

He said, "The state's appreciation awards for this year will simulate the centenary occasion, and an Arab award aimed at Arab youth researchers (the Arab Prize for Political and Cultural Values) will be launched, and another award specialized in the state's centenary research that includes a number of topics."

"The plan includes preparing for the issuance of the Jordanian Encyclopedia, which will include a group of volumes, in addition to publishing three series concerned with the history of the Jordanian state and its journey over a hundred years."

The Ministry of Culture will launch, through the National Library, an electronic platform entitled ‘Watheq’ to collect and preserve documents from citizens.

Al-Towaisi said that the plan includes launching a national effort to document and archive by documenting 200 public and civil institutions and preserving their archives from the prestigious institutions that played a prominent role in the state’s march.