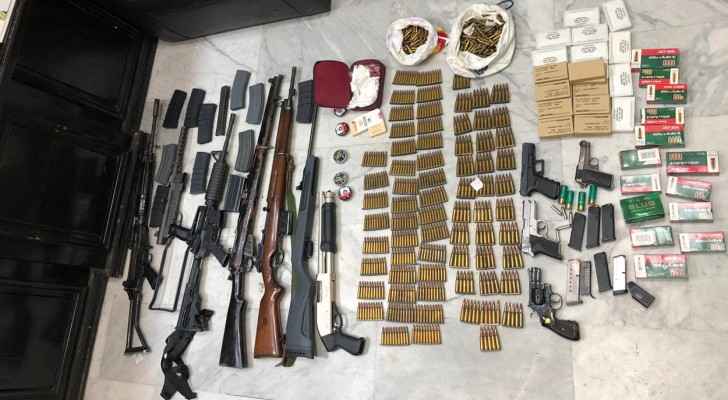 The Anti-Narcotics Department (AND) Wednesday arrested an individual in possession of narcotic substances and ten firearms.

The spokesperson for the Public Security Directorate (PSD) said the AND raided a house after someone reported the presence of drugs and weapons in that property in Amman.

A police official said one person was arrested and all illegal items were seized, including ten firearms, Methamphetamine and hashish.