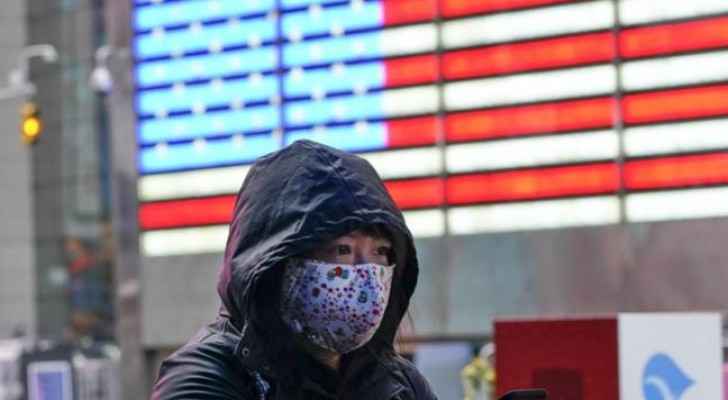 Tuesday, the United States recorded more than 3,930 coronavirus deaths within 24 hours, in a new record daily toll, according to data published by Johns Hopkins University.

The previous record daily toll was recorded six days ago with 3,920 deaths.

The number of COVID-19 patients in American hospitals also reached a new record, surpassing 131,000, according to the "Covid Tracking Project."

The situation is particularly worrying in the south and west of the country.

Because of the huge numbers of COVID-19 patients who filled hospital beds in Los Angeles, the district emergency services began rationing oxygen and hospital beds, and Tuesday they asked ambulance crews not to transfer any heart attack sufferer to any hospital if his chances of survival are almost non-existent.

"We will probably see the worst situation in January since the start of the pandemic, and it's hard to imagine," said County Public Health Director Barbara Ferrer.

"Many hospitals have reached critical levels and have to make difficult decisions about patient care," said Dr. Christina Galli, director of health services in the province of 10 million people.

She added that the current increase in the number of people infected with COVID-19 in the United States is the result of mixing between citizens during holidays and family gatherings that took place on the occasion of Thanksgiving at the end of November, warning that the cases resulting from Christmas and New Year's gatherings have likely not shown up yet.