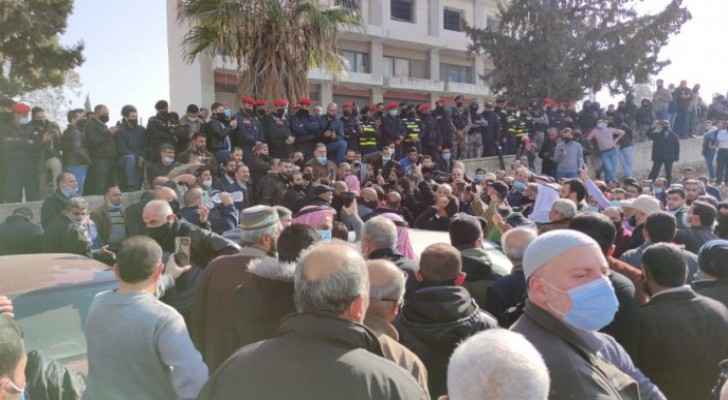 A number of teachers gathered in front of the House of Representatives Sunday for a demonstration to support members of the Teachers Syndicate Council.

Protestors called for the reversal of the decision to suspend the Jordanian Teachers Syndicate, which was announced in July.  The Syndicate’s headquarters in Amman and other branches were closed for two years.

The Teachers' union leader Nasser Nawasreh and 12 other members were detained by the Public Security Directorate (PSD) in July on charges of corruption, incitement and other criminal activities. As a result, the Ministry of Education is to form a temporary committee to manage the Syndicate’s financial and administrative work.

Sunday, the demonstration turned into a march that started from the outer gate of the Senate to the street between the House of Representatives and the Greater Amman Municipality.

A number of MPs participated to show their support for teachers and support their demands.

Demonstrators suffer from heat exhaustion during ....

Demonstrators suffer from heat exhaustion during ....