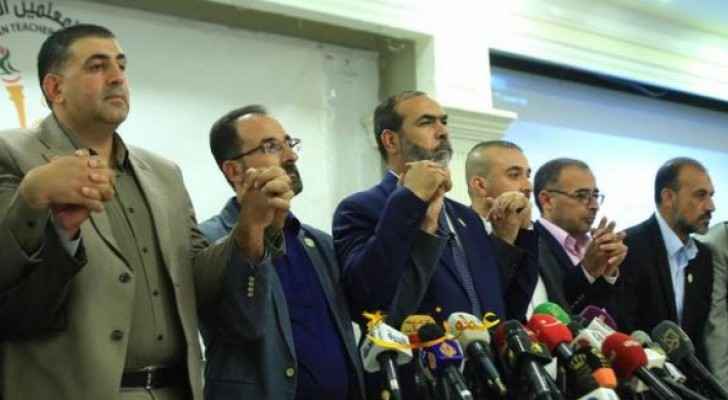 Thursday, the lawyer representing the Jordanian Teacher's Syndicate Bassam Fraihat, announced that the council members, who had charges against them from the Amman Criminal Court, have been granted bail.

This came following the Amman Court issued shortly before, a decision to dissolve the Teachers Syndicate council, and to imprison all members of the council for a period of one year for the charges against them.

He told Roya that the court has agreed to grant bail to the members following the initial judicial decision.

Jul. 25, Amman’s Attorney General Hassan Al-Abdallat, decided to suspend the works of the syndicate members and to close the headquarters for two years.

He also issued a subpoena for the members of the council, in order to present them to the public prosecutor.

The temporary committee formed to manage the affairs of the suspended syndicate, had said that issuing any judicial orders or charge against any member of the council is illegal and has no legal framework.

The committee confirmed at the time that any party claiming to represent teachers will be prosecuted.

Thousands gather in Paris to pay tribute to beheaded ....

Thousands gather in Paris to pay ....