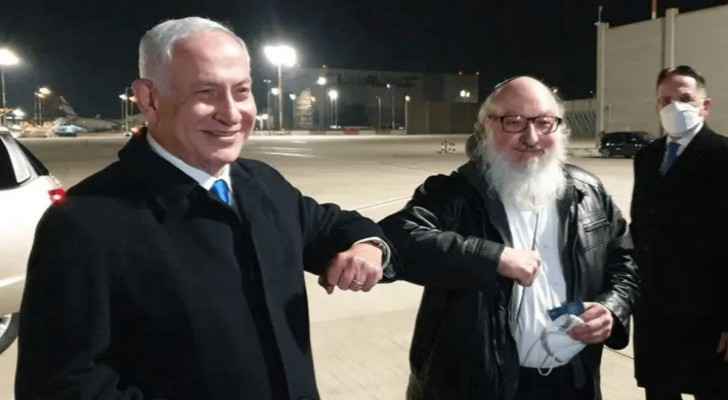 Wednesday, the American Jewish former convicted spy Jonathan Pollard, accompanied by his wife, arrived at Ben Gurion Airport in the Israeli Occupation where he was received by Prime Minister Benjamin Netanyahu, who presented him with a ‘gift’ which was an identity card that gives him Israeli Occupation citizenship.

As he arrived, Pollard expressed his relief “to be home at last after 35 years.”

The issue of Pollard spying remained a stumbling block in relations between Washington and Tel Aviv.

Senior officials from the Pentagon and the Central Intelligence Agency (CIA) condemned Pollard's actions due to sharing classified information in exchange of money at the height of the Cold War.

According to documents released by the CIA in 2012, Pollard assisted Tel Aviv in 1985 in the bombing of the Palestinian Liberation Organization (PLO) headquarters in Tunis, Tunisia - an attack that led to the death of sixty people. He also assisted in the assassination of another PLO member, Khalil Al-Wazir (Abu Jihad), in Tunis 1988.

Under heavy pressure from prosecution, Pollard admitted to his involvement in spying for Tel Aviv in exchange for dropping the death sentence.

After a judge reviewed a report of the extent of damage caused by Pollard, prepared by the US Department of Defense, which is still confidential until now, the judge decided to sentence him to life imprisonment.

Nov. 21, 2020, the US Department of Justice said that Jonathan Pollard has completed the conditional release restrictions that were imposed on him, allowing him to travel to Tel Aviv.

The US Department of State added that "the parole committee decided that there is no evidence to confirm that he intends to violate the law."

Pollard was arrested by US authorities in Washington in 1985, and he was sentenced to life imprisonment, but he was granted parole five years ago.

He was subjected throughout that period to strict restrictions on movement, which included limiting his stay to his home at night and wearing an electronic bracelet to track his whereabouts.

Reports indicated that the US had considered releasing the Pollard in exchange for some concessions granted by Tel Aviv to the Palestinians, but talks in this regard collapsed due to the decline in expectations of his early release.