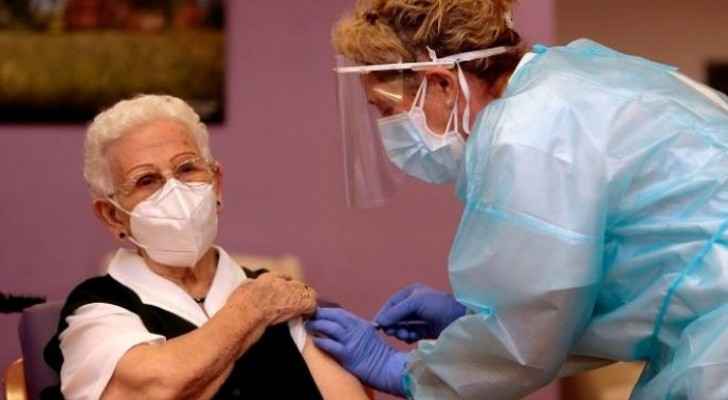 Araceli Rosario Hidalgo Sanchez (96) was the first person to get vaccinated in Spain Sunday.
The nursing home resident received the vaccine on live television and said she did not feel anything when she was given the vaccine.

A nurse called Monica Tapias was the second person to receive the vaccine Pfizer-BioNTech vaccine in Spain.

The nursing home was chosen to launch the vaccine campaign because it is near the Pfizer warehouse, where the vaccines arrived Saturday from Belgium.

The manager of the nursing home Marina Vadello said Thursday this is a source of 'great pride and satisfaction for us.'

Prime Minister Pedro Sanchez wrote in a tweet, "Araceli and Monica today represent a new step full of hope. It is a day full of emotion and confidence."

The government hopes to vaccinate between 15 to 20 million people out of 47 million people by May or June. Spain's share of the vaccine is approximately 140 million doses.

The Minister of Health had previously said surplus vaccines will be given"to other neighboring countries that may need them."

Spain recorded approximately 1.8 million COVID-19 cases and 49,000 deaths since the beginning of the coronavirus crisis.