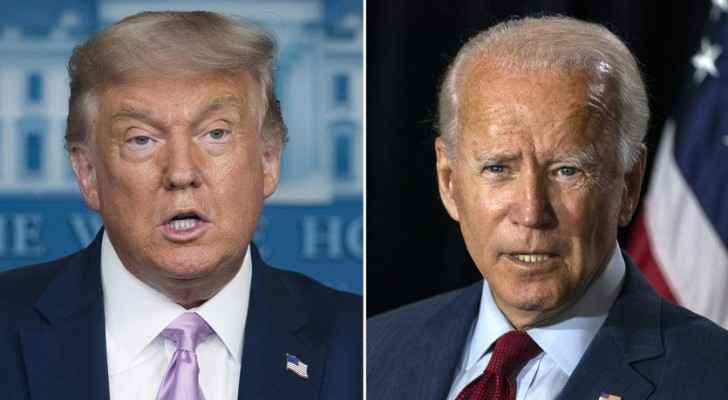 US President-elect Joe Biden warned Saturday of 'serious consequences' if outgoing President Donald Trump continues to delay the signing of the economic stimulus plan approved by Congress to counter the consequences of COVID-19.

Trump has cast doubt on a long-awaited aid package as millions of Americans fear losing benefits and facing eviction from their rented homes. He asked lawmakers to increase the value of checks sent to the most vulnerable Americans, from $600 to $2,000.

The stimulus plan is included in the government spending budget for the next fiscal year, amounting to 1.4 trillion dollars. In the event that it is not approved, the government will be forced to close at midnight on Monday.

"Within a few days, government funding will end, putting vital services and salaries for military personnel at risk. In less than a week, the deadline for postponing evictions expires, threatening millions with forcing them to leave their homes during holidays," Biden said in a statement.

In a video released late Tuesday, Trump, who will leave the White House within a month, described the $900 million stimulus package as "a disgrace," despite its endorsement Monday by a bipartisan majority after months of negotiations.

Trump had announced that he would refuse to sign the text if no amendments were made to it.

Trump confirmed on Twitter Saturday, "I simply want to get our great people $2,000 rather than the measly $600 that is now in the bill."

The move puts Trump at odds with the majority leader in his Republican party in the Senate, Mitch McConnell, and Minority Leader in the House of Representatives Kevin McCarthy, who have ruled out any fiscal increase to the stimulus plan.

Thursday, Democrats failed to get an independent measure across Congress to increase aid that would go to citizens who earn up to $ 75,000 a year, with smaller amounts for those earning up to $99,000 a year.

"The delay (in signing) means that more small businesses will not survive this bleak winter (...) and that Americans face more delays in getting the direct payments they deserve as quickly as possible to help deal with the devastating economic consequences of COVID-19," Biden said.

Never before has a US president vetoed a bipartisan law.

But the president's veto Wednesday against the defense budget ensured that lawmakers would return to Washington after the Christmas holidays for his heroes.

While Congress will also override the stimulus veto, Trump can simply refuse to sign the bill until the current session of Congress ends and the new session begins on Jan. 3.

Meanwhile, COVID-19 infections continue to rise in the United States, with the death toll reaching 330,000. The economic recovery lost its momentum despite the start of the vaccination campaign against the virus, which gave hope that this crisis will soon end in 2021.