Pope Francis intends to visit Lebanon 'as soon as possible' 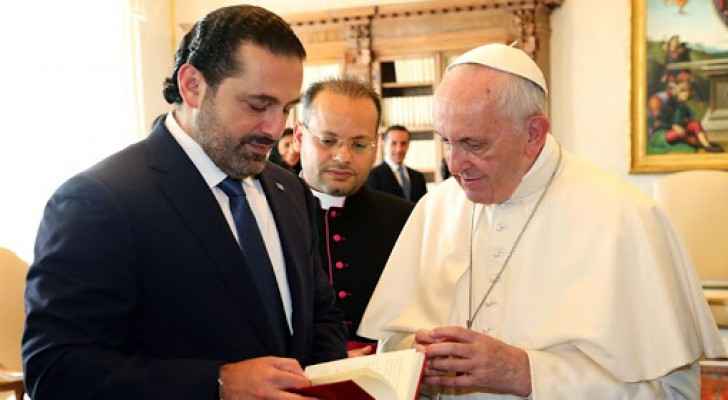 Pope Francis announced that he intends to visit Lebanon "as soon as possible," in a message of support sent Thursday to all Lebanese from all sects on the occasion of Christmas.

And the pontiff wrote, “Dear sons and daughters of Lebanon, my pain is great when I see the pain and anxiety that suffocates the spirit of courage and vitality that the country of the Cedars broke with.”

He added, "Today I feel deep inside myself, the horror of your losses, especially when I think of many young people from whom all hope for a better future has been taken away."

The Pope considered that the identity of Lebanon carries "to the whole world the scent of respect, living together and pluralism," adding that "it is the identity of a people that does not leave their homes and their inheritance."

He issued a new call to the international community to help Lebanon "to stay out of regional conflicts and tensions" as well as "to get out of the acute crisis and to recover."

The Pope appealed to the Lebanese political and spiritual leaders, borrowing a passage from one of the pastoral letters of Patriarch Elias Howayek, which was printed with his strong religious and political presence at the beginning of the last century.

The passage reads, “You authoritarians (...), you are the judges of the earth, you are the representatives of the people, who live on behalf of the people (...) you are obligated, in your official capacity and in accordance with your responsibilities, to pursue the public interest. Your time is not dedicated. For your interests, and your work is not for you, but for the state and country that you represent. "